Based Thot patrol and punitive rape in the Renaissance era: when raping sluts was considered a public service to help uphold patriarchal values 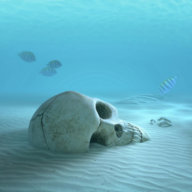 In Ancient Rome, sluts, prostitutes, actresses, singers, dancers, entertainers and performers fell into 'infamia' and lost their legal rights of Roman citizenship. They couldn't provide testimony in court, for example, or accuse someone of rape, and couldn't rely on the government to protect them from violence of any kind.

The Renaissance was basically a rebirth of interest in Greco-Roman culture, art, and philosophy, and similar attitudes prevailed then.

In today's cucked society, few people believe that some women deserve to be raped because of how they behave or dress. But among Europeans during the Renaissance, raping sluts was considered a valuable public service to help uphold patriarchal values and public decency.

“Punitive gang rape used to occur commonly in one of the bastions of civilized Europe, Renaissance France. Historian Edward Muir writes that this practice was well-documented for France between 1300 and 1500. Muir cites estimates showing that in the city of Dijon about half of youths participated at least once in the gang rape of a young woman. Like their “primitive“ counterparts, these French rapists usually chose a woman who broke the rules of sexual behavior, even in the most minimal ways, for example, by appearing outside unchaperoned.“ [1]

“As Jacques Rossiaud has shown in Medieval Prostitution (1988), in France, the municipal authorities practically decriminalized rape, provided the victims were women of the lower class. In 14th century Venice, the rape of an unmarried proletarian woman rarely called for more than a slap on the wrist, even in the frequent case in which it involved a group assault (Ruggiero 1989 91-108). The same was true in most French cities. ” [2]

Rape was basically seen as a sensible way of controlling sluts and limiting the harm they could cause to the social fabric. Tolerating, or legalizing, the rape of promiscuous women had two beneficial effects: young women were strongly discouraged from acting on their hypergamy by having premarital sex or engaging in other socially harmful behavior, and young men who couldn't yet afford marriage were able to have a sexual outlet that didn't involve intrasexual competition or require them to spend money on prostitutes.

"As a Lyons merchant wrote to his son in 1460, “when woman has mastery over man, he is not worth much; the good cock masters the hen. Given this concept of masculinity as requiring a performance, the gang rape initiated the boys into manhood and membership into the local gang.“ [3]

Female promiscuity is rare in rising cultures and common in declining cultures as documented by Oxford anthropologist Unwin in his book "Sex and Culture". In rising cultures, the common pattern is that prostitutes are abundant and cheap and young men use them frequently until they get married to young virgin brides, and few women are sluts. In degenerate societies, most women are sluts, prostitution is not tolerated and/or expensive, and families are unstable or dissolved. This is a bad pattern that harms and demoralizes large numbers of men.

Every civilized society in history has had prostitutes. The difference between a prostitute and a slut is that a slut only gives sex to attractive men, whereas a prostitute will sleep with anyone who pays her. So the question is who should be the prostitutes. Any society will at least have some females who lean towards promiscuity, and they should be prostitutes rather than sluts. A beneficial effect of the punitive gang rapes of Renaissance France was that the victims ended up so humiliated in the eyes of society that they were left with no other choice but to become prostitutes. No longer could they be part of an informal 'harem' belonging to attractive men.

"The young female victims underwent a rite of passage of a rather different sort. The rapists and, unless they had mistakenly chosen their victim without proper sensitivity to public opinion, the rest of the community considered her to be the guilty party. Typically, she had broken or appeared to break the normal rules of sexual behavior: she was a servant kept as a concubine by her master, the mistress of a priest, an “abandoned“ wife. The boys acted, therefore, as enforcers of the habitual misogyny of the community, collectively marking a woman who in the community's eyes had already shamed herself. For most victims of a gang rape, the only alternative to becoming a beggar or vagabond was to enter the communal brothel. The rape constituted the characteristic initiation into prostitution." [4]

"The honored leader of a [rape] gang was called an "abbot" and the madam in charge of the municipal bawdy house was its "abbess", terms ironically borrowed from monastic titles that reveal the close relationship between these two forms of youth associations, voluntary for the males, involuntary for the females. " [4]
Last edited: Sep 19, 2021
P

Based. Very high IQ OP. Thank you for your service to our cause.
D

portugalcel said:
Based. Very high IQ OP. Thank you for your service to our cause.
Click to expand... 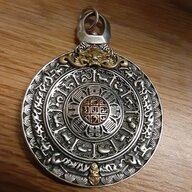 If "corrective rape" were legal, all modern foids would be living in bunkers

Extra-Samsaric said:
If "corrective rape" were legal, all modern foids would be living in bunkers
Click to expand...

cvury said:
They would grow to like it because women are good for nothing but sex
Click to expand...

Yes, they make that abundantly clear from the way they behave and dress

The women of today are the most debased, honorless whores to ever live, and they'd get used to being rapemeat in no time

DeepSea said:
In rising cultures, the common pattern is that prostitutes are abundant and cheap and young men use them frequently until they get married to young virgin brides, and few women are sluts. In degenerate societies, most women are sluts, prostitution is not tolerated and/or expensive, and families are unstable or dissolved. This is a bad pattern that harms and demoralizes large numbers of men.
Click to expand...

but what about islamic cultures.... they ban hookers and they surely are not plentiful (very hard to find) yet normal men typically marry virgins.

and in 19th century europe and america it was the same


but what about islamic cultures.... they ban hookers and they surely are not plentiful (very hard to find) yet normal men typically marry virgins.

and in 19th century europe and america it was the same
Click to expand...

Prostitution is banned in most conservative Islamic societies, but at least their foids are not allowed to whore around freely, like Western women are.

In the USSA, we have the very worst of both worlds- completely unrestrained female whoredom, exhibitionism, and hypergamy, and strictly illegal prostitution, with the laws being actively enforced


but what about islamic cultures.... they ban hookers and they surely are not plentiful (very hard to find) yet normal men typically marry virgins.
Click to expand...

In traditional Muslim societies, the average age of marriage was very low, and as a result of this, there weren't many young men who needed prostitutes to satisfy them. In the Mughal empire boys usually got married before reaching the age of 18. In Yemen, boys traditionally got married between the ages of 13 and 15. Among Arab Bedouins, every male above the age of puberty had the right to marry his father's brother's daughter.

All of this has changed in recent years because of Western influence. Muslim foids are increasingly being allowed to pursue an education and to live independently, and they are less likely to be married off by their fathers. In major cities like Cairo and Teheran, there are a lot of sluts who covertly sleep around with attractive men. This has greatly increased the average age of marriage , and there are now many frustrated single men who are a source of social instability and who would benefit from prostitution being legalized and from sluts being forced into it.

Dotrinfobe said:
and in 19th century europe and america it was the same
Click to expand...

Prostitution has always been legal in most European countries. Prostitution in the US was de-facto legal up until the passage of the White-Slave Traffic Act (Mann Act) in 1910. That is when all States began implementing bans of prostitution.

White Slavery is a loaded term that gained prominence in the late 19th century to refer to prostitution. Feminist groups and the yellow press produced many lurid tales of "innocent" white prostitutes being taken advantage of by blacks, 'degenerates', jews, and foreigners. The main features of this discourse promoted the idea that no white female would ever voluntarily sell her body for sex and that all white prostitutes were sex slaves who were being brainwashed and controlled by pimps.

In cow towns, rail head towns, lumber towns, and mining towns that still had large numbers of single men and few women, local authorities refused to enforce the law and to shut down brothels because they feared young men would resort to raping women if they didn't have a sexual outlet. Brothels in those places continued to operate well into the 1930s and 1940s.
Last edited: Sep 29, 2021
L

cvury said:
They would grow to like it because women are good for nothing but sex
Click to expand...

Gaming I remember when building a PC was cheap

Today at 9:03 AM
Miles Morales

Meme The gaslighting and bluepilling in reddit is hilarious.