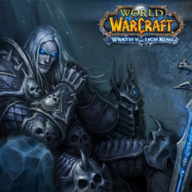 (Warning: Long essay-like story) I recall a time back in September 2018 when was I once a full-time NEET after secondary school (high school) finished for me. I took a ''gap year'' off because I was so disappointed with my adolescent years and with my average grades. Towards the end of my school years, my locker was being kicked in by a bisexual faggot with a black belt in some martial arts (School authorities would't bother with my complaints even though there was a camera there. ''Doesn't cover this area'' was the excuse that my vice principal gave JFL), people would ignore me, my friendly approaches were rejected, teachers gave up on me academically. Hell, even that bi-fag pulled my chair away from me as I was about to sit down in class and not a single person stood up for me, not even the teacher and said ''Why the fuck did you do that to Dalaran?''. I never even attended my prom night or debs as we call it in Ireland. Such a massive milestone missed because they made me felt unwelcome and rejected. What did I ever do to deserve such hatred? Nothing.


The whole class would question me saying ''Oh Dalaran, why aren't you coming to the debs?''. My response was usually a vague ''I just don't want to''. The people who hated me usually enjoyed making a mockery of me by asking such harassing questions on a daily basis (especially near the lockers) and then turn around and ask me when I'll be shooting the school up. I simply could not believe that I suffered immense torture just to be given a piece of paper (Leaving cert or high school diploma) that basically said ''Well done, now fuck off and do something for society''. Only now do I realise years later that it was my genetics that caused this subconscious hatred and not my personality. I was already subconsciously placed into the incel category and whenever something positive happens to me, people would continue to shame and mock me sadistically.


I remember a time when real JBs would approach me at 17 (They were 12 or 13) because they knew me from being friends with one of my younger female cousins. I remember the creepy looks from people when I was having a simple conversation with them inside the cafeteria. Of course, when you're not chad with a 6'2 height, 6 pack, and 6 friends, you're a paedophile in the eyes of the normies. Thinking back to that time, I should have fucked one of them when given the chance and ascended in silence. Holding onto cultural morals as an incel is the embodiment of stupidity. This girl even held my hand (Or more like inspect it) in front of people in the cafeteria (Got a shit tonne of stares from the normies ''omg pedo'' ) and was clearly sexually interested in me. But like a cuck, I never took it a step further because of ''muh morals''. This is why I believe in the JBpill. They like older men IT, deal with it. These girls are attracted to 17+ dudes at 12-13. At 15+, they find men who are 20+ attractive. Society can deny it but I've observed it with my own eyes. I had an opportunity and now chad is prob doing double trains on them now that they're 15-16 while I'm still the incel at 20, nearly 21.


Throughout my gap year, I spent it watching YouTube videos and rotting in my room. The weekends were the worst. I use to walk into town on my own during Winter back in October-December 2018. I saw all these couples holding hands together, laughing, drinking coffee or hot chocolate, being happy while I was sad and alone in the cold. They were living in a paradise, an emerald dream and I observed them kissing each other or hugging before they departed. People that knew me from secondary school or childhood would just say hello as they walked past me in the mall or would look at me from a distance as I was sitting down on a bench. They would never approach and talk to me because I'm that ''creepy' dude (Suicide fuel).


(PURE SUIDICAL FUEL. DON'T READ UNLESS PREPARED TO ROPE) Eventually, I went on the social-welfare in my country (Never feel bad about taking society's money) and was placed onto a Barista and Bartending course because they wouldn't leave me alone as I had to find a job and I had to show I was trying. I was cucked and mega-mogged into oblivion by an ultra-chad who smashed 3-4 sluts during the 6-month course. He creampied a blond slut that I wanted to slay (She came in the next day with a hickey on her neck after I saw them walking home together to smoke weed), he banged a girl who had a chadlite boyfriend, and got a girlfriend off Tinder before they kicked him off the course for being too anti-social and for not showing up. I remember the day he walked into the bar and told me and another chadlite how he's already banged 3 girls on our small course while he was on drugs ( The drug that makes you bite your cheeks : Ecstasy). This blond bisexual foid was 20 years old but had the body of a 14 year old.


She fucking loved Chad's masculine jawline, tall height, his anti-social behaviour, his arms swinging back and forth like he owned the entire fucking room. I saw them snorting coke underneath a nightclub bathroom once (Their feet) and I was truly black-pilled that night. The chadlite praised him for his sexual conquests and even he was fucking taken back thinking that chad was bullshitting (He wasn't). The fat, narcissistic Chad-lite fuck slayed her as well after chad took his first bite of her child-like petite body. I saw how females like being passed around like a marijuana joint while ignoring guys like me. She was kissing guys and girls as a bisexual girl (Chad got the first kiss ofc) and she totally rejected me when I asked while drunk (Why did I even do that?)


I only went because the normies invited me and I was around an incel who ascended. He had the exact same hatred towards women as we do here and he's had sex lots of times. It made me realise that even if I ascended, I'll go through desert-like dry spells before my next ''catch''. This dude was 5 years older than me and he acted exactly like a member in this community. He had like 5-6 previous failed relationships and he still struggles as a ginger, ugly, manlet with glasses and bad skin. He spent his whole time on the course texting a Russian foid that lived in Russia and that he found on Tinder. It's truly over, buddy boyos. I told you not to read this. I'm not responsible for your suicidal tendencies since you chose to read this. Ascension is a myth. She'll only give you inferior sex or leave you after x months or z years.


Now, I'm in college doing pharmaceutics. I'm still a virgin and I'm fucked. It's not worth being a wizard at 30 with a science degree. I'm going to JBmaxx secretly in the future and hide under the radar. The Western ''Democratic'' governments are only going to hunt down men who look for alternative and forbidden solutions to inceldom. I'm leaving this place. It's a sinking Titanic and I only saw the surface of something that most incels are lucky to even witness. 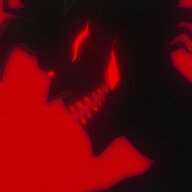 Dalaran said:
people would ignore me, my friendly approaches were rejected, teachers gave up on me academically.
Click to expand...

The saddest part about inceldom is that offline you struggle alone. No one could care less about you, and it's truly terrible knowing that people regard you as worse than the dirt at their feet.

Dalaran said:
that even if I ascended, I'll go through desert-like dry spells before my next ''catch''.
Click to expand...

I have thought of this. But I'd much rather go through a dry-spell than never have experienced sex. Even if I only lose my virginity, I'll be happier.

Selinity said:
The saddest part about inceldom is that offline you struggle alone. No one could care less about you, and it's truly terrible knowing that people regard you as worse than the dirt at their feet.

I have thought of this. But I'd much rather go through a dry-spell than never have experienced sex. Even if I only lose my virginity, I'll be happier.
Click to expand...

There is very little hope, brother. Nothing but pain and suffering awaits you after ascension. It's still worth trying tbh.
You must log in or register to reply here.

T
RageFuel Are you stressed when you must pass near high school hookers ?

JFL I am even shorter than on my passport

RageFuel Story of my miserable life