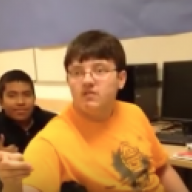 
[font=Lyon, Georgia, serif]The past three years have seen Frampton portrayed as a brilliant theoretical particle physicist whose naivete navigating the real world caused him a world of problems.[/font]
[font=Lyon, Georgia, serif]Frampton was arrested in 2012 at the Buenos Aires airport when several kilos of cocaine were found in the lining of a suitcase he was carrying.
[/font]