12:58 PM PT -- The Florida Fish and Wildlife Conservation Commission tells TMZ ... Malik recently moved to Florida and was unaware of alligator laws in the state, and he was issued a written warning while the alligator was released into a nearby retention pond.

A Florida man took out the trash this week ... and may have saved his neighbors from a pissed off alligator in the process.

The hero -- a Mount Dora man named Abdul Gene Malik -- posted the video of his daring gator capture using a large black garbage bin, saying ... "I got kids to protect."

Malik, an Army vet, demonstrated his bravery as he slowly approached the reptile head-on with the trash can as it chomped, hissed and thrashed.

Then, our hero made the clutch move that did the beast in ... by flipping the trash can lid and hitting the gator on the head, stunning it enough to charge with the bin and force it into the receptacle.

Onlookers screamed and cheered as Malik then flipped the trash can up, capturing the reptile until the authorities could come take care of it. Bravo!!!

As courageous as Malik was ... the scene in Florida isn't quite as crazy as what went down in Utah last month, when a gator attacked its handler and tried pulling her in for the kill.

There was no garbage bin to save the day, but thankfully, a guest at the zoo named Donnie Wiseman jumped on the gator's back and wrestled it away to save the woman. 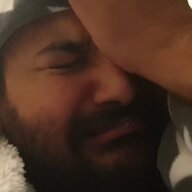 Florida is a terabased state.

I agree. There are a surprising amount of based and redpilled dudes here. I appreciate it homie

I wish i lived in Florida.

I need some nice boots

WØLF said:
I agree. There are a surprising amount of based and redpilled dudes here. I appreciate it homie
Click to expand...

The mere existence of Florida makes soylets from other us state seethe.
D

WØLF said:
I agree. There are a surprising amount of based and redpilled dudes here. I appreciate it homie
Click to expand...

Tommy Vercetti is an innocent man

Notorious Inkler said:
The mere existence of Florida makes soylets from other us state seethe.
Click to expand...

Tfw a German knows more about the interrelations between Cuckmericans than me, a Cuckmerican

WØLF said:
Tfw a German knows more about the interrelations between Cuckmericans than me, a Cuckmerican

You didnt have a childhood.

Tiredpoorcel said:
You didnt have a childhood.
Click to expand...

Bro I grew up with Soytendo
D

WØLF said:
Bro I grew up with Soytendo
Click to expand...

That gator is a brainlet. I have to admit, the average Northeasterner would run for the hills in his place anyway, this video was funny
L