I was such a bluepilled cuck 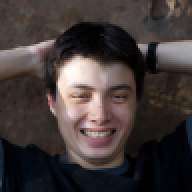 Just a few years ago I was a massive bluepilled cuck. I believed:

- that men are more shallow than women (fucking lol)

I wish I could go back in time and punch myself in the face for being so fucking stupid. It would have spared me much suffering and pain.
O

how old are you?

oblivioncel said:
how old are you?
Click to expand...

I guess most of us have believed these kinds of things in the past.

I think a lot of misogyny (at least of my misogyny) stems from the fact that you're fed all these fucking lies about women and when you then find out how they really are, you get angry. And when you THEN find out how fucking hard it is to even talk about this, how women FORCE you to LIE, how they destroy the whole concept of truth because women's feelings > truth, you get even more angry.

I think if young men were told the truth about women or if it were at least acceptable to speak truth to power, there would be less misogyny. But women are pushing us in the corner like wounded animals. And every once in a while, on of these wounded animals just doesn't know what to do other than to wildly lash out.

Same here, I used to possess the same beliefs you did. It happens to the best of us.
You must log in or register to reply here.

A
Blackpill Men are exiting a long period of bluepill

D
JFL Remembering the most Bluepilled Cuck I ever Met