I think most of us here would agree.

I'd forgive the stepdad who raped my 6 year old ass before I'd forgive my oneitis. Tbf I barely even remember it bc my mind turned off (trauma response)

You know what I do remember? "You're such a sweet guy, we'd make such a cute couple. If only you had hair." - oneitis (I went bald at 16)

"You look like an even uglier Ed Sheeran" - noodlewhore "friend"

This shit hurt worse than any of the beatings or sodomy or the loss of my entire fuckin family to meth and mental illness (mom overdosed, brother went to prison, sister killed herself, dad died from diabetes lol fatass)

I remember telling my mom when I was 8 fuckin years old "Mom, why am I so ugly?" at one of our last visitations before she abandoned me to go fuck trailer trash and overdose on meth.

Of course a mom won't tell her little goblin he's repulsive looking and that's why his friends and family are abandoning him. She just went "you're not ugly sweetie teehee"

A mole appeared on my cheek when I was 7, and that's when my life started going to shit honestly. First I get a disgusting ass mole, then I go bald. Thanks mom.

I got the mole removed but now there's just a scar thats almost as bad. I'm also ginger (red beard, skin isn't as pale as most gingers tho).


Anyway, in that same vein, I get more sadistic joy from seeing holes in emotional pain than physical pain in Roblox. Which could play out in the end, society cares much less about words than violence. I encourage incels to chadfish and be passive aggressive as opposed to ER'ing. In my opinion, it's so much more enjoyable to see a toilet realize she's a selfish cumrag and doesn't deserve the air she breathes.

If you beat a toilet, they'll just enjoy it, and even if they don't you've just given them a reason to justify what they do to their orbiters and nature-appointed support group (family that dotes all over them because they're attractive).

There have been a few times I've made foids feel guilty for their actions (takes a lot of work to get them to that point, most don't have a conscience). My past is fucked up, and they usually think I'm lying or the stories they've heard are lies. Then, when they learn they've just bullied an autistic street orphan, they finally start to realize how narcissistic they are.

The ensuing tears and apologies are delicious.

Does anyone else have any stories of putting holes in their place?

The best way to do it, honestly, is to be as "nice" as possible, and lay on the guilt slowly but surely. If you are outright aggressive, they tend to ad hominem your claims and then subconsciously write you off as "disgruntled".

Most of the chadfishing I see is just hambeast "u dumb cunt" after baiting them, and all that does is prove to foids that we're all vicious idiots. No, you HAVE to hold your hatred until the time is right.

Once you gaslight (well, technically not gaslighting, bc chances are they really are horrible people) them into thinking (realizing) they're in the wrong, then you can start laying on the aggression.

If you don't have a story, feel free to just post screencaps of women getting btfo. Although chances are I've seen them already (I've lurked for several years and saved a lot of screencaps)

I'll post stories later, if people ask for them. 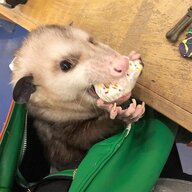 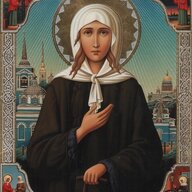 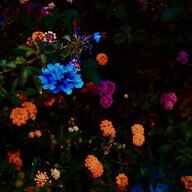 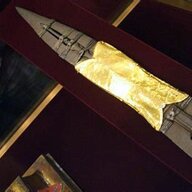 they are all sociopaths if they are in the system long enough
You must log in or register to reply here.

Posing as a Celebrity on an Alumni.net site a few years back. LOL

Blackpill Nothing is worse than being short
2

Toxic Femininity Foids annoying 90yo grandma for no reason