Daily reminder: there is no such thing as a lesbian 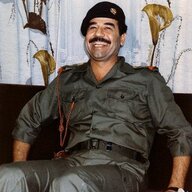 Browsing cuckit "lesbian" forums JFL, it's literally called /r/actuallesbians yet every other post is a foid admitting she's not attracted to her husband, or from a fucking tranny

They're so stupid that they don't realise ALL women experience attraction to other foids, it makes sense from an evolutionary perspective. When Chad is absent they go to each other to prevent subhuman genes from spreading. 100% of women want chad, lesbians are just foids who can't get him or have such insane standards that they are gigachad only instead of just chad only.

What the fuck is that? You're "lesbian" which LITERALLY means a foid who only is attracted to other foids, but no, you identify as a lesbian who sometimes likes Chad?

You never see this shit from gays jfl, they actually are 100% homo most of the time. I have yet to see a single actual lesbian, EVERY fucking time they mention muh ex bf or muh old fwb or "before i transitioned"

keksofthebest said:
Foids would rather fuck another foid before they'd fuck an ugly man. They're only waiting for chad.
Click to expand...

IT landwhale tries to cuck me

Venting Lesbians are the true waifus

Discussion Love is supposed to be super easy