Serious What’s your assessment of the current state of incels.is?

Well, I got here the same way the coin did.

It has always been my safe haven. 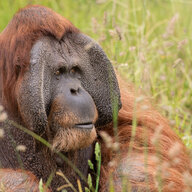 I see problems with many retarded threadspammers, oneitis worshippers, @Sneir clones, and people who outright admit they've been approached or are Chadlites. 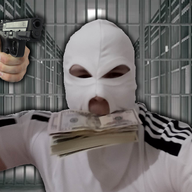 PLA1092 said:
I see problems with many retarded threadspammers, oneitis worshippers, @Sneir clones, and people who outright admit they've been approached or are Chadlites.
Click to expand...

Well, I got here the same way the coin did. 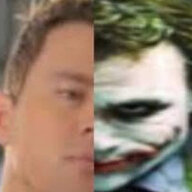 Wish we were on soyddit to downvote cucks
P

This site is slow as fuck.

Still purity-spiraling and concern-trolling from all ends 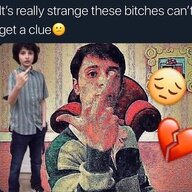 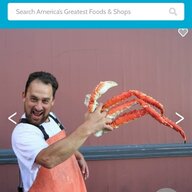 BornToLose said:
Personally I think it needs to be more open-minded to grow. I actually don't give a damn about the two failed normies admitting their status on this thread but the fact that only one got banned doesn't make much sense to me.
Click to expand...

Rotting teet. On this site 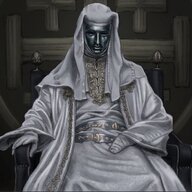 tallfag braggers are not being banned even if it goes against the rules. And escortfags do not belong here.

The one thing I love about this place is that you can be open and honest about racism and heightism and ableism and other prejudice in dating. Normies would never be honest about those subjects because admitting that you or others you know are prejudiced is a major taboo. Redpillers don't bring it up because they ignore all aspects of themselves that they cannot change and tell others to do likewise. Alt-righters won't discuss it because they think casual sex and miscegenation are abominations and those types foolishly believe in the BBC meme. Only on this website do people openly admit that tall White NT men are considered attractive almost everywhere and the further you are from that ideal, the less attractive you are generally speaking. That said, some posters here still deny JBW theory.

I must say however that this community still has some serious issues. The largest one being that at least half of the "incels" here are volcels who can have an intimate relationship if they really wanted to but don't because of the time and money and effort it would require to move or fix themselves up; or they don't want to admit that their looksmatch that they could reasonably get is a 4/10 normie chick of the same ethnicity as them and are instead fruitlessly holding out for a 7/10 blonde Becky. Another problem with this community is the age of the members here and how quickly people here are willing to go "It's Over!" and LDAR. Whenever I see a poster talk about high school or teenage issues, I cringe. If you are under the age of 18, you should not be on this website. You aren't even a legal and independent adult yet. How could you possibly be sure that you're going to be a lonely incel at that stage of your life? For that reason alone plus some of the NSFW content on here, there should be an age verification (18+) to register and anyone caught talking about their high school or teenage issues should get temporarily banned. Maybe the current teenage posters can be grandfathered in but from now on this should be an adult only forum. It is for their own good that teenagers get restricted from this website. It would be tragic if a 16 year old kid who is a failed normie stumbled upon this website and absorbed the blackpill at such a young age instead of trying to fit in and possibly scoring himself a below-average foid to be his girlfriend.

A combination of the 3 bottom ones.

Thanks master for and fatlink for keeping the site up, its the only one of the few.
G 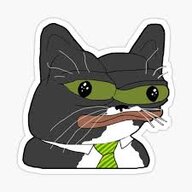 A cats ass isn't the same as pussy

Needs more people and activity.
You must log in or register to reply here.

H
RageFuel State of- WHatever this is..

Gaming What current era gaming platform do you own?

Experiment Who's Your Favourite Moderator On Incels.Is?