Things that I hate 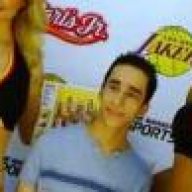 you mispeled israel in your name

"I hate Godaddy for kicking us out"
I think the admin switched hosts voluntarily.

And I hate people who write dense walls of text

incelman said:
And I hate people who write dense walls of text
Click to expand...

I hate Cucks because they stand as degeneracy enablers for female human organisms.

I hate bisexual femoids, they are all attention seeking cunts who are trying to pin down Chad/Tyrone by being attracted to other femoids.

I hate trannies, they are mentally ill fags who should be put down.

I hate the morally superior dipshits in cucktears who think they are better than everyone.

I hate all the old hags in cucktears who think they are the shit.

I hate white knights who think defending femoids are going to get them laid.

I hate the bluepilled cunts.

I hate men who validate and compliment femoids.

I hate male feminists, they are traitors to their gender.

I hate femoids who get abortion, they should all stand trial for killing innocent babies.

I hate that thing call the "slut walk" where all the cuntrags get together and walk topless wanting more attention from the public.

I hate parents who bring their children in pride festivals, they should be fined and jailed.

I hate the western civilization.

I hate femoids who accuse men of false rape.

I hate Godaddy for kicking as out.

I hate every cunt who thinks that there are more than two genders.

I hate femoids who are in high positions.

I hate femoid teachers, they should provide sex for all of their male students.

I hate parties because they are filled with degeneracy.

I hate everyone who smokes weed and thinks its the cool thing to do.

I hate black femoids, I can't stand them.

I hate white femoids, they are the biggest sluts on the planet.

I hate Asian femoids, they are all gold-digging whores.

I hate Indian femoids, they are all cunts hiding behind the "good girl" facade.

I hate the Redpill.

I hate pick up artists, they wasted six years of my life with false hopes.

I hate Incels who think that they are the most Incel out of everyone -- this is not a competition, you idiots.

I hate Incels who dictate what other Incels should post.

I hate Lookism users who come here and think they could hijack our site.

I hate the prostitues.

I hate the government for not giving me a partner.

I hate game of thrones, it's filled with degenerate crap.

I hate atheists who think that they figured out life's mysteries.

I hate all the left wing nutjobs who think tolerance is going to solve everything.

I hate everyone who actively tries to censor shit they don't like.

I hate the hypergamous cunts in dating applications who only want Chad/Tyrone.

I hate femoids who call themselves "good girls".

I hate paying tax to the government because they aren't doing shit towards me in return.

I hate degenerates who support cuckoldry and trying to make it mainstream, they should be executed.

I hate everyone who say, suicide is selfish".

I hate animals abusers, they should be tortured and put to death.

I hate men who are obsessed with having  threesome's with femoids.

I hate football, its a stupid sport.

I hate annoying and nosy people.

I hate everyone who takes selfies.

I hate that femoids received rights.

I hate protests, they are a waste of time.

I hate idiots who think that their vote still counts.

I hate my boss.

I hate my co-workers.

I hate my job, its pissing me off.

I hate couples who show kiss and show affection in public, they should be flogged.

I hate normans who say the following: "just lift bruh", " its your personality bruh", "get some konfidunce bruh!".

I hate expectations, they are too much fucking pressure.

I hate God, he's a sadistic piece of shit who doesn't care about us.

I hate my subhuman face.

I hate my subhuman height.

I hate that I'm an Incel.

I hate this world.

I hate my life, I wish I was dead.

incelman said:
And I hate people who write dense walls of text
Click to expand...


No2Cel said:
you mispeled israel in your name
Click to expand...

Lookismisrae l said:
It was intentional.

dont worry i fix it

Lookismisreal said:
It was intentional.

Why? To troll your bros?

a-virgin-nigger said:
"I hate Godaddy for kicking us out"
I think the admin switched hosts voluntarily.
Click to expand...

Oh? I swear I saw the Admin said that he received a notification from Godaddy that they were going to shut us down in 24 hours.


incelman said:
To troll your bros?
Click to expand...

No, I just personally found it appealing.

Earthbound said:
95% of this is so legit

What's the 5% that isn't legit for you brotha?
T

I agree with just about everything but the notion of government giving me a partner is a little much. I more blame the government for destroying families and communities where such a partner would be part of the milieu or even arranged, more or less.

I hate walls of text.

existentialhack said:
I hate walls of text.
Click to expand...

Refer to the #6 comment of this thread then bruh.

Lookismisreal said:
What's the 5% that isn't legit for you brotha?
Click to expand...

Weed and drugs. I've tried weed once and want to try some again to cope on the weekend.
Lookism.net I enjoy browsing PSL websites
I'm an atheist but not one of the condescending ones
I really couldn't care about that slime, Zyros.
So more like 3%?

Earthbound said:
Weed and drugs. I've tried weed once and want to try some again to cope on the weekend.
Lookism.net I enjoy browsing PSL websites
I'm an atheist but not one of the condescending ones
I really couldn't care about that slime, Zyros.
So more like 3%?
Click to expand...

The thing I have with Lookism is that it's filled with normans and Chads.

Hate and cope is the only thing I have left
You must log in or register to reply here.

I have so much hate

RageFuel I HATE BEING A SUBHUMAN CURRY !

RageFuel What A Clown Society That I Live In