Blackpill The true prophecy of incels. 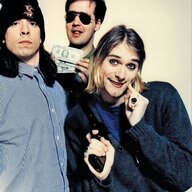 This was a script I made for a YouTube video but I'll never make it so I guess I should just share it here:

Today I want to discuss a topic about the blackpill that hasn't really been discussed yet on YouTube and that is the current state of the gene pool and human civilization, and where it is headed in the future. Ever since progressivism began to gain traction in the past 50 years, society's social dynamics has completely changed in a way that created a gynocentric system and reality. If you are unfamiliar with the term gynocentric, it basically means a culture where women are placed on a pedestal above men. Now moving on from that, For thousands of years our ancestors chose to create an enforced monogamous environment for men. If you dont know what enforced monogamy is, it's basically the process of each man being matched equally to a woman. After world war 2 feminism gained traction and enforced monogamy was basically abolished. Now you may believe that this was a great thing, that women were finally given the freedom to chose a mate regardless of societal pressures and norms. But you've got to understand, the blackpill basically states that all women are naturally hypergamous or in easier terms, date upwards. This means there will be a quote on quote 'minority' of men that are unselected and unable to date women. Currently 30% of men are basically incels in the west and that number is unfortunately rising.

Now that you know the number is rising but may be questioning why? The reason is simply natural selection. women are dating men that are above them because it is their natural biological urge to. Our ancestors knew this. But this isn't why they chose to enforce monogamy, the real reason is because our sole biological purpose as a male human being is to reproduce. The leaders of these ancient tribes knew to get men to be the most productive and contribute the most to the tribe/society was by having a reproductive reward at the end of it.

So western Society ultimately has one the biggest issues brewing in its future than it has ever faced before. These men who from a biological standpoint, have nothing to lose, are going to drop out of society.

Now at this point since 30% of Zoomers are incels, so hypothetically I'd say about roughly 20% of these incels are blackpilled. So that makes about 6% of all men blackpilled. I have hope that all of these men will become blackpilled one day though and seek the truth, and it will because the truth always prospers. Most of these Zoomer incels are still in their 20s so have hope and prospects of life improving so aren't brave enough yet to swallow the truth. So give time. Anyway,

Taking a look at the graph we saw an increase of 20% in 10 years. So in 20 years that number will be 48% and in my opinion it will be somewhere between 50-60%. So that makes half the male population unable to reproduce and live a normal life. You may be wondering what is going to happen when this occurs. When literally half the male population contemplates whether their life is worth living since they'll never be able to provide for their family.

I have created four possible outcomes for this problem:

The first option is basically the happy ending which is the most unlikely. It's when women and the Chad's basically humble themselves and seek out enforced monogamy to recreate a balanced society. For this to happen this information will need to go viral and be shared across the world until everyone is humbled and returns to its traditional ways. But again, humans are naturally self-centered creatures and won't ever give things like this the time of day. So this outcome is highly unlikely.

The second option is that no one does anything. I personally believe society may collapse and there will be mass male neets and suicides. Public spaces like night clubs and restraunts will be full of women with a minority of men that the women cater to. So it will basically be a polygamous dystopia where roughly 70% of men are on suicide watch while the rest have harems. This option is the most likely.

The third option is that incels create a peaceful political movement that creates incel awareness and promotes a return to traditional values and practices. Note that I mean PEACEFUL not violent. This is similar to the first option but instead of information just randomly going viral there's an actual movement behind it. Unfortunately though, incels tend to not want to unite and would rather carry out lone wolf mass shootings. So this outcome is unlikely.

The fourth option is pretty dark and brutal, and is the second most likely. So basically incels create a political movement that is violent and dark triad similar to Nazi Germany or the Taliban. In which this organisation carries out various terrorist attacks in order to get their message across. In this situation the government would become more oppressive and shutdown these groups. If the government really wanted to, they could start painting incels as the villains and an evil threat to society. This could lead to incels being purged and possibly killed. If the numbers of incels keep rising though like they are, there will be more incels that rebel than enough police officers to oppress them. So eventually it would lead to anarchy and complete chaos.

I didnt read but high iq 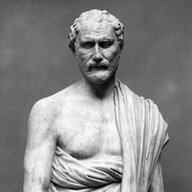 Any speech is in vain if it is not fulfilled.

Link if you do it

Ofc its a Psy OP Same Shit Like this Corona Thing

The world upholds wOmAn , regardless of how ugly , pretty or knowledgeable They sre 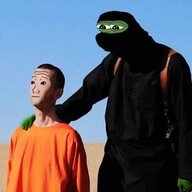 Sorry to revive an old thread.
Just wanted to say I enjoyed reading it, it took some time to fully digest but it's well written.
You should do more of these pieces.
You must log in or register to reply here.

The True Rate of Inceldom in Young Men

SuicideFuel "You speak on Dcard and become a hero. I do it and I become the enemy. That doesn't seem fair."

Serious Chads are the true simps.