Advice
Before reading please consider this is not meant to take 100% literally. This is a generalization. Some points may not apply to you, and others may be cultural. It extremely important to main the niceness of your cock and to take everything with a grain of salt.

Well, you sure sound confident. If none of this is likely true, then why bother?
Also, maintain the niceness of your cock, what the fuck? This is on par with calling a woman a roastie or fish down there. I'm one of the few here who doesn't do that. I wonder how many guys she has had and what they have discussed or thought about 'maintaining'. Like hygiene? Sure. Making sure it's not curved from excessive fapping? Sure. What else? At least she admits she cares, but holy shit this is both creepy and demanding.


The amount of “I’m lonely, I need to be in a relationship” posts are insane so I decided to put together a small little list.

I really wonder why, buddy.

Not everyone can control this. If you're fat god help you not sweating and smelling like one or the other. Even when I was skinny, I sweated like a bomb and not (mainly) out of anxiety or stress, just generally. It's hard to stop and no deodorant or cologne fixes it 100%. Over for smellcels.
So be healthy? No, be fashionable and with normie interests. How about fuck that, you don't tell my brain what it likes, my brain does that on its own and gives no shits about the social consequences, and I can't change who I am nor should I (see below contradictory lines).
Also, there are people who don't take care of themselves, and get relationships, and when your definition of taking care of yourself is so limited and socially-obsessed, it speaks volumes about who you are as a person. I can handle a relationship just fine, you know why? Because I take care of myself without having outlets, I just do what I like and make sure other people are better off for it, and I don't care about clothing so long as I don't look like an eyesore because of it specifically.
You contradicted yourself here already lost all faith at this point. Fake it till you make it and trying to fit in are the same thing. Also, good luck being genuinely happy when 95% of people don't share your interests, beliefs, or habits, and are trying to convert you and the remaining 5% to their communistic style of normie interests. Confidence is also inborn and is based on how others perceive you, not how you perceive yourself. When I'm alone, I'm fast and confident because nobody judges me. When other people judge me, I lose confidence because I know I have to be careful what i say and do. And 'regardless of how hard it may be' is inviting failure and self-torment. Some people want to love themselves, not hate themselves.

Having a personality is a meme, but to the extent let's say it matters, being normal > being different for the sake of being different >>> being truly unique. Following or leading people is more interesting than being unique, because belonging to a group is a sign of self confidence and social superiority. Lone wolves are suspicious and assumed to be incompetent or inflammatory. I have plenty of first hand experience on how people view lone wolves, and I have been in all places to see how each type thinks. Overall, it's not about the interests but the behaviour. You have to act like a normie or you're seen as a psycho. Unless you're galactic chad.
"I'm a bad example of this", good job understating your own point. Ignoring that, women may have all the same feelings but are never subject to the same standards or judgments as men. Being able to talk normally only cements those differences rather than breaking them, because the expectations are solidified there. I have yet to meet a normal person, woman or man, who is open-minded. It always takes some weirdness to accept that gender roles hurt men more than women in the long run.

And no, I don't see women as sex objects, if I wanted a sex object, I'd buy a goddamn fleshlight. I want a person, thank you. A person, though, who does not compare me to every other guy out there. That's what I call respect, treating people case by case and not comparing to the past all the time. The fact women love to compare men to each other is the #1 reason that we parade around the idea of 'first and forever'. If you have nobody to compare to, you will be happy with anyone who treats you like a human being. Otherwise, you will objectify people - and men get objectified more than women at this point because men will go with any women they can get while women remain choosy. And then women say men shouldn't be so desperate - well it's your own fault, you're keeping the cycle going!

Yes, being a simp is bad. But no, playing 9/10 and other probability games isn't helpful. Lots of hints are mixed or are rescinded after the fact. If you can't decide for yourself on a consistent story, don't expect anyone else to do it for you.

9/10 it's a yes might apply because the guys who ask you are the ones who know they have a real chance. My success rate with an initial ask is about 2% over about a hundred or so girls over ten years. And that 2% died out right after the initial yes anyway, so it's 0% in practice. There are a million factors and excuses, but when it comes down to it, if she can tell your genes are fucked, nothing else matters.

Hard to not be self loathing when people hate you for who you are naturally. Hard to be egotistical or confident without being entitled, especially if you also have to be emotional and not "strong and silent".

Some people just aren't good at these things. Nobody decides who they start off as and in my experience most people can change extremely little about who they are, if they have seem to changed it's mostly under extreme pressure, aging, or you just didn't know them as well at first as you thought you did.
Being good with kids or pets for instance is just a chance off, so is humour, not to mention both are lower importance. Most women are not soys like this redditor is, they are cool kid types and they don't want cheesy stuff, they want results and they want them now.
When you are self aware as a person who is fucked up, you are going to be self conscious. People only reinforce that by judging you just from seeing you.
I can agree on the complimenting thing, that's social skills 101, be specific with people. But it's not specifically good for relationships and not a dealmaker or dealbreaker.
Communicating in general? Sure. Being open with emotions? That's just as "emotionally immature" as hiding everything. You can't have your cake and eat it too, girls don't seem to like guys no matter how they are emotionally. I wonder why, Also, if every woman has her own preference, then this is notoriously unreliable, as bluepilled advice tends to be.
-The last point is just what the fuck.

That all being said, I’d be lying if I said looks had nothing to do with it. We all LIKE the body, generally it’s the person we fall in LOVE with. For all you gamer guys it’s like an RTX 2060 with built in RGB vs an RTX 2080ti without RGB. It’s what’s underneath that we actually appreciate.

Keep telling yourself that. Also, not every guy who can't get girls is a gamer, and especially not a terminology person.

I love you, have a fantastic day.
Also sorry for shitty formatting, on mobile
P.S. Nice Cock

If you want to say you're sex-obsessed, just say it directly instead of beating around the bush.
Nobody minds the formatting, I'm sure.
The ending is just typical normal people letter endings, we know nobody means these things, it's just politeness.

6.9k, NICE
Please stop Giving me awards: All jokes aside, huge thank you to everyone who’s giving awards, but honestly I don’t need them. Instead if you’re thinking about awarding, please give it to someone else in the comments who could use the extra motivation, or even better yet, instead of buying fake internet points, donate it to charity and make a real world difference.
Alternatively you could save up buy yourself an extra hoodie to give away... I’m looking all you hoodie hoggers...

Treating us like normal human beings. We are not sex objects, and thus should not be treated as such (I’m a bad example of this lol).

she really likes when chad does it lol 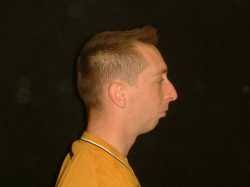 NEETard said:
Sorry bro i had to take it down for violation of rule 3
Click to expand...

What's that? The rules are not numbered.
P

i am a teenage girl, to get us u need good personality and take shower. give the pointerinos and awardinos now.

hurdleafterhurdle said:
What's that? The rules are not numbered.
Click to expand...

Sorry bro cant actually answer that one but feel free to check out our rule page here; https://incels.is/threads/rules-terminology-and-faq.799/
D

NEETard said:
Sorry bro cant actually answer that one but feel free to check out our rule page here; https://incels.is/threads/rules-terminology-and-faq.799/
Click to expand...

I don't know who the OP was but I doubt they were a girl since they were shitting on the argument too. 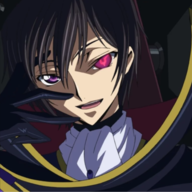 It was requested. He said someone already posted the same thing although I couldn't find it because I wantedto comment.on that thread.

ItsNotADream said:
Treating us like normal human beings. We are not sex objects, and thus should not be treated as such (I’m a bad example of this lol).
Click to expand...

penismaster768 said:
i am a teenage girl, to get us u need good personality and take shower. give the pointerinos and awardinos now.
Click to expand...

Wouldn't be surprised with those avis
D

WØLF said:
Wouldn't be surprised with those avis
Click to expand...

Blackpill Debunking The "Just Accept Your Looks And Stop Being Insecure" Argument.

Discussion It's better to lock up an unhinged animal simply because it's unhinged. Self love, self control and self improvement.

Blackpill Self Pity is a MYTH to shame you

Discussion People use this tactic.