Muscles and money are qualities that straight women and gay men typically find attractive in men, according to an analysis of Tube Crush—a website where people post unsolicited pictures of men seen on the London Underground.
Click to expand...

Imagine, btw, how the media would talk about a site where MEN post unsolicited pictures of women...


The “guy candy” posted on the website were mostly white men—despite London being a multicultural city—indicating that white male privilege is still an attractive quality. The photos and comments focused on the men’s biceps, pecs and chest as well as perceived sexual ability. Items that indicated wealth such as smart suits, watches and phones were emphasized. Pictures showing other representations of masculinity, such as fatherhood, and more emotional and awkward-appearing men were far less frequent.

“This celebration of masculine capital is achieved through humor and the knowing wink, but the outcome is a reaffirmation of men’s position in society,” lead author Adrienne Evans from the Coventry University’s Centre for Postdigital Cultures said in a statement. The problem, according to Evans, is that “although it appears as though we have moved forward, our desires are still mostly about money and strength.” Through social media, once-private desires are being made public. Taking photos of men on the London Underground can also be seen as reversal of gender roles, since men have historically been able to have more power over women’s bodies.
Click to expand...

What makes the EVEN MORE FUCKING ANGRY is that ITS NOT ALLOWED TO SIMPLY STATE THESE FACTS: women are socially hypergamous and sexually submissive/masochistic sluts who want to be slaves for dominant high-status Chads. But no, you're FORCED TO LIE and FORCED to pretend that men have to be harmless, feminist cucks. You yourself are even forced to BECOME a harmless, feminist cuck while these SHITCUNTS all just want the 50 shades of dominant billionaire Chads. Fuck these cunts. I mean, if you were at least allowed to be HONEST about it, if we would AT LEAST live in a society where we could openly talk about how men must be the dominant, muscular high-status Chads in order to attract the primitive female with her primitive ape like nature wanting to submit to the gorilla with the biggest balls and let all other men starve to death. 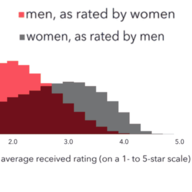 Gender roles aren't "progressing"? There's nothing to progress about them. We became the dominant species with these gender roles. We thrived with them through our entire history. The way he phrased the disappointment of this obvious and logical conclusion is dumb as fuck. Deserves the gas chamber tbh.
You must log in or register to reply here.

It's Over It’s crazy just how few men get to be with young, attractive women
2

Brutal "I like Mixed Race men" (Changpreet and Changrone only)
2