Not trying to offend any richcels here. Nor am I referring to people who were poor then became rich later. I am specifically talking about people who were born into wealth and have an attitude about it.

So what are the similarities? Let's begin:

1. Sense of entitlement-they both feel entitled to all the good things in life.
2. Hatred of those deemed lower than them: Rich people hate acknowledging the homeless and working class, women hate acknowledging ugly and minority men.
3. Arrogance-almost all women have stuck up snotty attitude, just as wealthy people are often snobby
4. Greater opportunities: rich people have a great future ahead of them because their parents raised them well. Women similarly have lots of options open to them in terms of jobs just due to being female and can always tie down some poor sucker to take care of her after her prime.
5. Sheltered-rich people often have no idea what poor people are going through. Similarly the average woman has NO IDEA how difficult life is for the average man.

This, so accurate. Being born with vagina is same as being born in nobility. 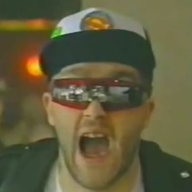 but the women didnt teach us to fuckin spoke 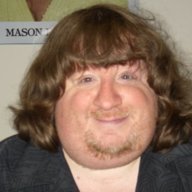 attractive girls are basically the equivalent of minor celebrities

They are rich in smv

Don't forget that they STILL play the victim 24/7 even though they live life on easy mode.

fagotonabike said:
Don't forget that they STILL play the victim 24/7 even though they live life on easy mode.

If only a whore had to live in my body for a week she would kill herself
Click to expand...

This. Those with the most privilege think they're victims because they don't understand how much harder life would be, instead they look at the things they don't have.

they are not stuck up with chads

Yep. Also even the examples of poor or homeless females are greatly fewer in number and often it is due to their own poor choices they end up that way, but even in the worst of situations any female can turn to prostitution to make big bucks.
You must log in or register to reply here.

The ironic thing is that if women were male, they would be GIGA INCELS

RageFuel Shaming is a MYTH.

Theory The hypothetical revolution against women

L
Women on Reddit thread dehumanize incels, declare it's 'entitled' to ask them for logic or answers, then question why incels 'are multiplying'