The Dark and the Light. Blackops2cel's message of peaceful LDAR smiling down upon us. The original truecel. He is ever kind and ever humble. Elliot Rodger, the message of violence and war. The Roastie slayer. His narcissism and cold heart is the path that Incels who have had enough of this world choose.

Elliot Rodger isn't even that great, Marc Lepine is a better saint.

Although Elliot Rodger did good work, he would have taken us out too if he could.

BO2cel, he is a true incel and therefore gets my support. 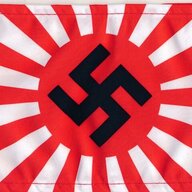 Let's do a comparison between two saints.

ER-Coming from a family with reputation, money, ER wasn't poor by any mean and was able to attend exclusive shows for the riches. You can argue that he's not rich at all, but how many of us can drive a BMW, with designer items?

BOC-From the hardship of some Eastern Europe Slav country, corruption, gangs runs in the town. Either get tough or get beaten. Dog eat dog. This lifestyle definitely toughens up BOC which is incomparable to American country.

BOC2-Coming from some backwards Eastern Europe country, blackopscel2 was probably an military conscript at some point at his life, so he definitely had some training.

ER-Good looking (yeah there's many fangirls), fairly wealth, supreme tastes, with designer items. There are three cel things about ER. Being Half Asian, mentalcel and short.

ER had many fangirls commenting on his video, so much for 'incel'.

BOC2-Indeed incel, blackopscel is a unattractive dude at a backwater country. The only chance for him to get laid is betabux.

ER-ER's manifesto made tons of contribution to the world's attention towards incels, his actual performance in operation 'utter annihilation' was very poor. Being impatient, he chopped up 3 incels at his apartment, then attempted to gain access to sorority house and failed, he then went on rampant killing only another incel and 2 becky.

Infact, his performance is so poor that even that 4chan Mercer guy beat him with 9 kills.

BOC-Blackopscel's contribution to the incel movement being the meme of r/incels and not too well known outside of it.

Blackops2cel is the funniest one.

I cannot choose between Them. They are both Holy Ones for the incelosphere. We bathe in Their magnificence.
B

Do we even know anything about BO2cell, he couldv'e been a cucktears sympathizer for all we know.

Marc Lepine is probably the most underrated and most rarely talked about incel on this forum. He's never even mentioned often, even though he caused one of Canada's worst shootings back in the 80s, only killing feminist cunts.

We don't even know anything about Blackops2cel

superlol
You must log in or register to reply here.

Theory I am convinced that Reptilian beings are REAL and that the tunnel of light that people see when they die is a trap.
2

News SergeantIncel, founder of incels.co, joins Document to discuss the nuances of the internet's most despised subculture