Serious Am I the only one who never wanted a "trad wife"/"trad life"?

I just want a GF to spend time with me, to cuddle with me and to fuck (and this is all I ever wanted since puberty). I only want someone to fuck and have an emotional connection with. Not like I care for children or family values or christianity. Children are not worth it anymore, raising a son is sadism, raising a daughter is masochism.

The trad life style is for me nothing, it is for me another form of simpdom and slavery in front of foids nowadays in a society where the social contract between men and women has been broken, only propagated by filthy/impudent boomer fags that never came to terms that it is nowadays just a male bashing piece of shit of an ideology. And how much I hate these aesthetics, a girl standing in a corn field - how original (an aesthetic cancer if you ask me, particularly if it's low key hornyposting, christian aesthetics generally). Tradcons just try to shape men into something that they aren't with their definition of masculinity that they use to mold men into what they want (the same thing that leftards do only with a completely opposite goal in mind).

If I wanted an ideal GF it would be someone like me. Which means edgy af, practically minded, to some degree degenerate, liking the outdoors/war documentaries/crime documentaries/aggressive music, someone to make edgy jokes with (and not just about socially accepted stuff like abortion where soyciety has no problem with edginess), someone to watch gore/splatter/horror movies with and someone who isn't afraid of spiders/snakes (keeping them is the only dream I still have). Not some moral fag that will flip out due to some minor joke or someone that wants to go to church on Sunday and always asks for daddy's permission. Some tradcon whores that constantly judge men for drinking/smoking/playing video games/doing drugs/etc. were never appealing for me as well as the entire life style of dedicating yourself to and being dependent on others.
Last edited: Jul 21, 2021 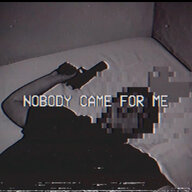 I would like to be locked inside of a cave with my darling, she cant cheat if she cant meet anyone. 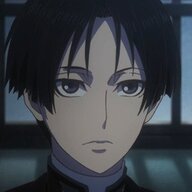 I am quite the contrary, I actively despise w*men who share my interests and values. I think w*men who are just basic bitches are more honest, so a """trad""" scenario would be useful to keep them quiet. Obviously that means I also loathe tradthots, if they were serious about their believes they would be more reserved.

Mecoja said:
I would like to be locked inside of a cave with my darling, she cant cheat if she cant meet anyone.
Click to expand...

I want to have kids. Your kids will be the only people that will truly love you. Until they grow up i suppose. i remember how much i loved my parents even though they were awful to me. if i treated my kid good he might always love me. I want that.
You must log in or register to reply here.

Discussion Texas going trad-cuck mode under Republicans. It's an example why cuckservatives are cowards and utter cucks

RageFuel All I wanted was young teen love and sex