do you remember him? 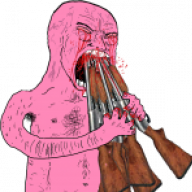 Yep, i remember when he posted his pic back on r/incels and everyone called him a fakecel tyrone. I wonder what happened to him and gambler.... i guess we'll never know.

He's a gymcel from Canada.

He left r/incels like a month or two before it got banned. He's reason for leaving is that it was somehow too negative for him to handle and I guess it was understandable, we did had a fair share of fakecels of pushing the envelope of hate to get our sub banned.

It’s over said:
Yep, i remember when he posted his pic back on r/incels and everyone called him a fakecel tyrone. I wonder what happened to him and gambler.... i guess we'll never know.
Click to expand...

My guess is that they finally realized "oh yeah, I'm actually not ugly at all" and they're now dating Stacy-lite. No reason for them to come here if they're getting poon.

Yea, Tellem-T , he lived in upper Canada like the other guy said. I still don't think talls can be incel, but I liked his content. He grew onto this sub very quickly and gained popularity despite how long he's been here. He left because he wanted more positive stuff in his life. Him and his 500 pound sumo at 20 years old, at least he has good genetics elsewhere. He life fueled us by taking the femail equipment while gymcelling.
I

It’s over said:
Yep, i remember when he posted his pic back on r/incels and everyone called him a fakecel tyrone. I wonder what happened to him and gambler.... i guess we'll never know.
Click to expand...

he was a fakecel. he even posted face pics and his face isnt ugly. plus hes tall but fat and claims he "is all muscle."

in his current state he definitely could get laid. cutting down some fat would benefit him 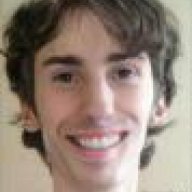 I remember, blackpilled 6'4 240 lbs ogre gymcel. Hope he is still coping at the gym

Plot twist = He was still here when r/incels got closed, lurked i founded a user with his initials (Tellem T-TT----) commenting with his same style.

Surely he already founded his way there, i hope.

Yeah. he was a legit incel despite what the bitter manlets and BBC conspiracy theorists would have you believe. Being a 6'2" black guy myself I felt for him. Being a big tall ugly black man just makes women fear you (not in a good way) and start walking faster when you get near them. You make white women start clenching their purses and all that bullshit.
You must log in or register to reply here.

It's Over Just be social bro