Toxic Femininity Women are made for conventionally unvirtous sex. 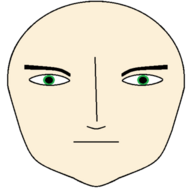 Stupidslutsclub show that women enjoy gang banging, older men and rape as long as they are Chad.
This post currently on their top 50 posts attests to this and this, this, this, this, this and this are also among their top 50 as of 07-22-2020.
They would not write about getting gang banged by 8 high inhib incels on their birth day.
Most men are probably naive to how common rape baiting is. There is a reddit forum for the rape kink; the reddit forum for literal rape baiting was more popular but it got hammered. There are wikihow-esque instructions for how to rape bait on the internet.

Both men and women appear to be drawn to a high neotony gap between men and women but women appear to be intrinsically drawn to forbidden sex such as cheating, race mixing and bestiality.
Women are around 100 times more likely to orgasm during rape than during consensual sex; they need multitudes of men to orgasm without rape.
It helps if they find the men attractive too; 10 Chads are more likely to cause an orgasm than 100 incels.


There are evolutionary reasons for why women like and pursue these sex acts that should not exist according to most men.

Let's start with gang banging. (a term you will never say, LMAO)
You might think that women would select the male with the best genes and be monogamous with him if she followed her evolutionary objective; that is wrong. Sperm selection must be taken into account. If a woman gets gang banged, the male with the strongest sperm is likely to fertilise. The first and last male have distinct advantages too; the last one scoops out the sperm of his predecessors with his shovel / mushroom shaped penis.
Male penises literally evolved their shape to do this and the length of a sex session is usually only long enough to scoop out foreign sperm.
Gang banging was common during the stone age; matriarchal bands would invite males to gang bang them. A young woman could also be gang banged by all the males in her tribe, most of which would have been her relatives.
Being bred is a common female fetish. Gang banging is common in nature; it is practised by cats, snakes, frogs and fish among others.

Let's move on to rape. (You don't get a safe word.)
A rapist will have sex with consenting and non-consenting women; a non-rapist will only have sex with the latter. Thus it is better from a simple evolutionary perspective to have sex with rapists and potential rapists when possible. There are species who primarily or only reproduce through rape, mostly due to this reason among higher mammals.
Rape is very common in nature too even if female ungulates for example could settle for a nice guy specimen and not entice males to compete for her vagina.

Let's speak about Chads.
Chads outsource paternal investing to cucks. They don't have to spend more time and resources with the mothers of their children than 5 minutes and some thrusts.
Thus they can have hundreds of children with hundreds of women and hundreds of cucked betabux providers.
It makes sense that women would select males like this due to their great reproductive success. Cheating grants a more versatile sperm pool which is good for sperm selection and diverifying offspring. They don't want to not put all eggs in one basket, especially one of a betabux cuck.
This is a pull do race mixing too; asian women are improportionally drawn to white men due to their Chad traits and higher racial status while white women are drawn to black men due to low inhib and r-selective traits. Smart virtous high IQ high inhib men tend to have few children which makes women repulsed by them; their sperm and presense is detected as a literal bio-hazard.
Asian men like Vietnamese are especially non chosen due to K-selected traits and non Chad traits. Women mimic the sexual choices of other women too.

Old men and Bestiality
Men like young women due to fertility. Old men have shown to b able to survive but have a higher mutational load which is a double edged sword.
I imagine the attraction to older men to be stronger in r-selected societies with a high mortality.
Bestiality doesn't make complete sense from a simple darwinistic understanding but it is unlike your sperm not an extreme bio hazard although women carry the bacterial culture of all men they have had sex with in their vaginas. It satisfies the urge without summoning the repulsion to non Chad genitals that you would.
Bestiality is an extreme example of out breeding. Women are as written drawn to cheating out breeding, race mixing, forbidden sex acts , rape or semi-rape which I think much dog-woman sex is. It may be a signal that surrounding men are inferior and should be cucked. Men tend to be demoralised by horisontal collaberation with the out group as recently mentioned by Doctor Baronet Michael Anthony Woodley of Menie the younger, a British nobleman and distinguished scientists in related subjects.


In conclusion, women are drawn to unvirtous sex acts that they according to most men and big religions should abstain from due to evolutionary reasons which is a fault in them.
Nothing can be done about it permanently though the beast must be chained to preserve a civilised society. There is a great error in women.

I gotta be honest, stupid slut club is full of LARPers. JFL if you think those long descriptive stories are real and by some stupid whore. 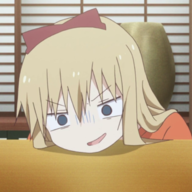 Personalityinkwell said:
I gotta be honest, stupid slut club is full of LARPers. JFL if you think those long descriptive stories are real and by some stupid whore.
Click to expand...

lol LARPers are real as fuck

I have no idea what the "stupid slut club" is supposed to be; never heard of it before tbh

I have no idea what the "stupid slut club" is supposed to be; never heard of it before tbh
Click to expand...

some reddit place where sluts supposedly right about their slut stories

Personalityinkwell said:
I gotta be honest, stupid slut club is full of LARPers. JFL if you think those long descriptive stories are real and by some stupid whore.
Click to expand...

I opened up one of the posts OP linked and it was such an obvious LARP
You must log in or register to reply here.

Based Women are the least oppressed gender