Story Well here is a short story I wrote, you may write your own or criticize 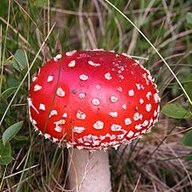 Well I just wrote a story and willing to share it, it wasn't easy to do so. So I hope you'd enjoy this.
I guess you can say it's in the genre of drama. I'm not much of a writer but I always wish I could have written a good short story.

Also it's my way to vent, I turn all my anger into such stories.

Once upon a time there was a short chubby fellow in the name of Robert.
Robert was a respected man. In fact, his piers would even call him "Mr. Respectful" (but of course they know, his name is Robert and NOT "Mr Respectful" they just called him this as a NICKNAME), since he was indeed respected (as I mentioned earlier if you notice). One day Robert went outside for a short walk (a short walk means about 2km for Robert, since he is a respectful man - if you noticed I mentioned earlier that he is). (Also when I specified he went for a short walk I don't mean it's the first time or last time, he done so before) He met a girl in the name of "Roberta". Robert asked Roberta "Mange de la merde?" and of course he didn't actually meant it, so she was insulted and yelled at him (as she was a french speaker, unlike Robert who knew only that phrase in French). Her yell was so strong, so powerful that it driven Robert into a mode of "insanity", the amount of percentage of insanity was 100%, though it was only for 5 seconds. So he murdered her with his pistol. Calming down, which took him 10 seconds exactly - he realized the police might "get him" if you know what I mean. So he threw her body into the ocean and moved to France.

Please rate the story and if you criticize do it constructively so I could actually improve my writing.

Even I'd appreciate if you message me privately to explain what's wrong with the story! 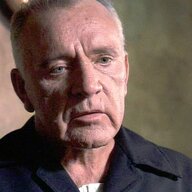 Thanks
You must log in or register to reply here.

i want to write more fictional blackpilled stories to share on here, can you guys give me ideas of what to write about?