For those of you who are interested in following the case yourselves, the case title is United States v. Sanchez (1:21-cr-00269), and is being heard by the U.S. District Court for the Southern District of New York.

While livestreaming back in February 2021, 19-year-old Malik "Smooth" Sanchez randomly approached two femoids who were dining in the outdoor seating area of a Manhattan restaurant and allegedly said, "Allahu Akbar. Allahu Akbar. Bomb detonation in two, in two minutes. I take you with me and I kill all you. I kill all you right now. And I kill all you for Allah." This livestream is still available on YouTube and the incident begins at time mark 3:26:30.


View: https://www.youtube.com/watch?v=tGLxN3jbn-0&t=12387s
Sanchez was arrested at his home by the FBI in April 2021 and later charged (complaint linked here) with one count of conveying false information and hoaxes, the maximum penalty for which is 5 years in prison. During presentment, federal prosecutors argued that Sanchez should be held pending trial; the magistrate judge agreed and he was jailed.

Sanchez's public defender appealed (linked here) the detention order, describing it as a "puerile stunt". Notably, in their response (linked here), federal prosecutors argued that Sanchez's inceldom and history of incendiary remarks constituted a "danger" and asked the court to deny Sanchez bail. Here is an excerpt of their response: 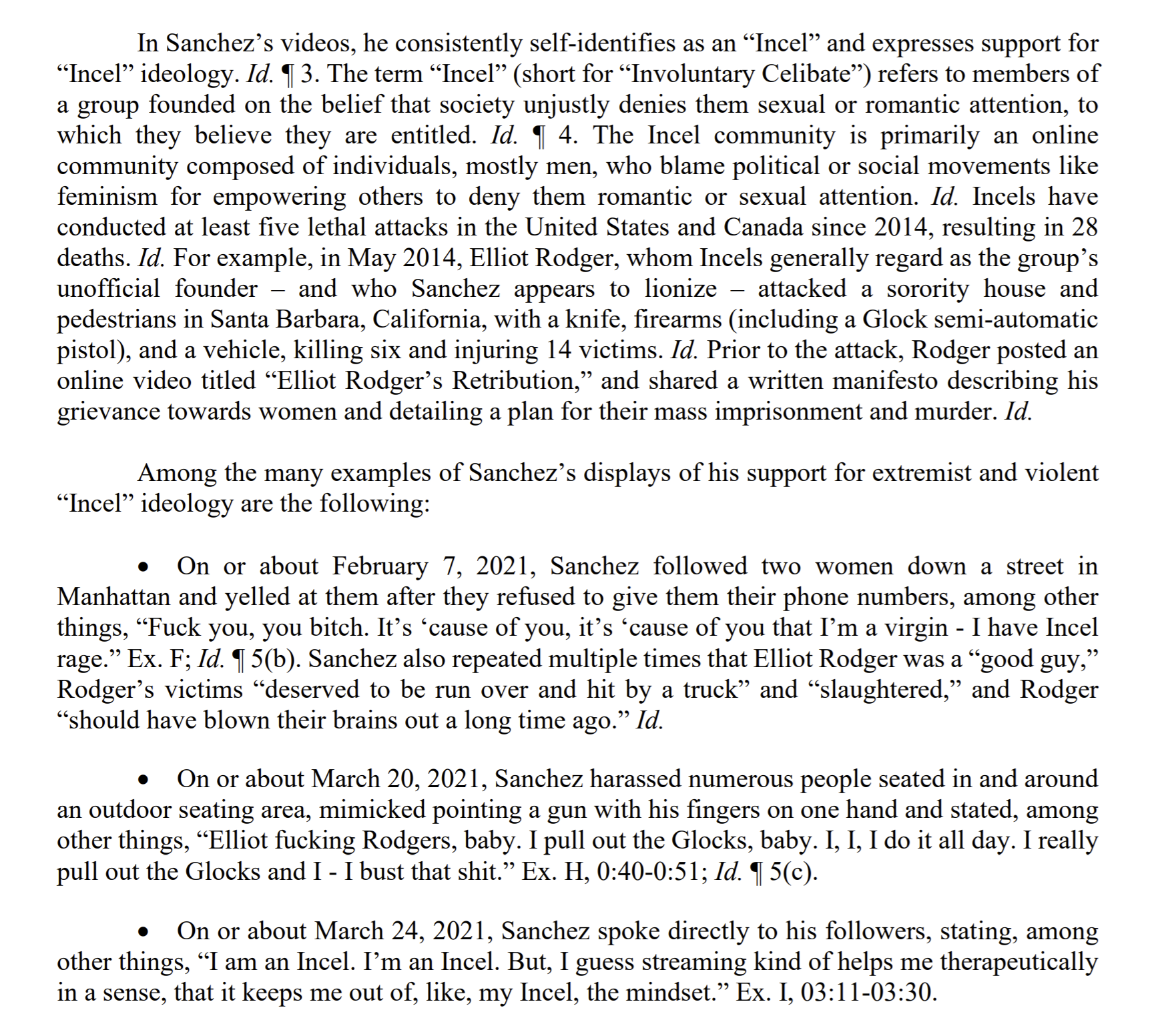 However, on a hearing last Thursday (May 6th), U.S. District Judge Colleen McMahon sided with Sanchez and set bail at $10,000. The next hearing is set for July.
Last edited: May 9, 2021

based judge. free my nigga 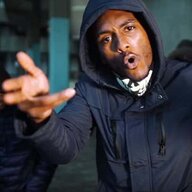 Laws are made to protect good-looking people

how do bails work im thick as shit, are there really incels parents paying 10000 dollars to release him so he doesnt rot in county jail awaiting trial or what?

misterbean9 said:
how do bails work im thick as shit, are there really incels parents paying 10000 dollars to release him so he doesnt rot in county jail awaiting trial or what?
Click to expand...

but bail money is returned if a person abides by its conditions and makes all of their required court appearances
You must log in or register to reply here.

Blackpill Smooth Sanchez was never an incel. Boomers are out of touch with inceldom.