This is the second installment in my ongoing mission to create a comprehensive class system for Skyrim. The freedom to play whatever character you choose is paramount, but it’s the tandem of this with the guidance of Class systems which allows imagination and roleplaying to take over. First I explored the paladin (as well as the Knight, Necromancer and the Barbarian. This time we will be exploring the class of the Cleric. We will discover their divine origins, the source of their power, and the ways to play the Cleric as well as their Religious Rites and spell options.

My interpretation of this class borrows heavily from Dungeons and Dragons, as well as some Elder Scrolls lore and general fantasy concepts. The majority of this insight comes from the 4th Edition of DnD, which had a definition of the Cleric I much preferred to the 5th edition. I also am borrowing directly from the 1st Edition’s mandate that Cleric’s can ONLY use blunt weaponry when it comes to melee combat. I find this fitting for the class. I have also included a crossbow as a starting option.

The Cleric is a divine representative of a deity, a church or some religious priory. They are ordained representatives, commanding a level of authority and veneration in their religious orders. They are keepers of religious tomes and leaders of the faith. Unlike the Paladin, the Cleric is appointed to their task. Whether their appointment is recognized by a priestly order or by a deity themselves, the most important moment in a Cleric’s life is the day they are ordained to perform religious rites.

Your skill selection for this class should appear as follows:

The Source of the Cleric’s Divine Power:

The primary skill of the Cleric is their Religion. It is their greater understanding of their faith or the way in which they embody it that they are viewed with such reverence by their peers. Players often confuse Paladins with Clerics but they are quite different. The people in their world can clearly tell the difference between a zealot and a respectable member of the clergy. Though they both employ holy magic, only one of these is chosen for their cause and that is the Cleric.

The source of the Cleric’s power comes from their Ordination. This process can happen mostly one of two ways: Either they are formally recognized by a priestly order or by an actual deity.

The source of the Cleric’s power comes from their ordained status. They do not receive powers from their deity but from their investiture or ordination to their deity. A ceremony or ritual is performed by a priestly order and this imbues them with something holy and healing. There are even Clerics chosen specifically by their deity and are ordained from on high. It should be noted that because of this the Cleric commands a great deal of admiration. Possessing a higher status than a lowly priest or Paladin, the Cleric is respected and their leadership followed. You will choose one of two Religious Rites options during this process and this will provide you with your spell list. (See Divine Ordination to complete this process.)

An important part in any Cleric's journey is choosing a divine patron. It's important to consider that their patron may have, instead, chosen them. It may be a specific aedra or daera or a collection of deities, but the Cleric will definitely follow at least one deity. Your Cleric's backstory will also play heavily into the patronage your character makes. Perhaps there was a tragic event in their life that led them to their patron, or maybe they were visited by a goddess in a dream. Personalize your character and create a unique reasoning for their choice of deity. Study the aedric and daedric lords and choose carefully.

The paths of the Cleric are determined by what Religious Rites they take, and their options are twofold: they will either choose the path of the frontlines Battle Cleric or the supporting role of the Heliomancer. The former is a warrior Cleric who wields holy magick to smite foes and turn undead. The Heliomancer uses sun magick to brand undead with their deity’s symbol and will recite holy incantations from the backlines to provide aid to their party in battle, never losing sight of their righteous cause.

The Religious Rites designate the divine magick they are consecrated with: Purifying Fire or Cleansing Light. These abilities determine the bundle of spells entrusted to them by their deity and are used to bring about healing and righteous smiting.

Your Ritual Spells are your Novice starting spells in the game. Every Cleric has a choice between two packs of Ritual Spells to start the game with. These Ritual Spells will provide the foundation for the Cleric, the basis for their divine magick moving forward.

Your Cleric will use a holy symbol to channel their divinity. It is needed to invoke their lord and to enter battle with the ability to use magick. Each character must choose a Holy Symbol to carry on them - it may be an amulet for your chosen divine, or something else entirely that symbolizes your faith. Whatever your Holy Symbol, you must always carry it on you.

The Cleric has a gift for Prayer. Ritual and ceremony are the preferred approach of the Cleric. While holding their Holy Symbols, Clerics will often recite a prayer before entering combat. This invokes their god and allows them to unleash divine magick in combat. Come up with a prayer that you can say to yourself or a short ritual that your character can perform before entering combat.

As with any class, building the Cleric begins with the process of creating a backstory. You will want to give special consideration to what deity, church or order your character will be following. This will help to determine their process of Ordination and ultimately what their Religious Rites (or Spell Pack) is. Once you have done this, consider their Ordination, Religious Rites, Holy Symbol and Prayer ritual, all mentioned above.

A quick guide to building the Cleric:

1. Create a Backstory (What drove them to their faith?)

2. Choose a deity/church/priory/order (Why this particular deity or group of deities?)

3. Be Ordained (Choose your Religious Rites)

4. Choose a Holy Symbol, Prayer and your starting Ritual Spells

5. Choose a Holy Quest (a game long side-quest to unlock the master spells)

Good luck, and may divines bless you!

Create the story of your Ordination and how you were bound to your deity or deities. (See above sections and Source of the Cleric’s Power for inspiration.)

The Cleric will begin with:

Choose ONE pack of Ritual Spells:

Master (Unlocked when you complete your Holy Quest)

Bane of the Undead

Circle of the Moons

(Unlocked when you complete your Holy Quest)

Your Cleric must choose a Holy Quest at the beginning of the game and cannot unlock the use of Master spells until they’ve completed their Quest.

Apocalypse - This spell expansion lends itself to the playthrough of both Cleric options, the Battle Cleric and the Heliomancer. The vanilla spells are great but don’t allow for enough roleplaying and different gameplay mechanics. Apocalypse fills the void by doubling the Restoration spell list.

Holy Enchantments (For Battle Cleric) - A necessary addition for the holy fire damage and divine soul trap weapon enchantments. Battle Clerics opt for purifying fire, it is their Religious Rite.

Ordinator - The roleplay possibilities are aplenty. For the Cleric, I have highlighted the Restoration spells that each build will use.

Sun Rune (For Heliomancer) - A perfect and necessary mod for the Heliomancer Cleric. This adds a beautiful sun rune with a unique, HD texture to the game. Shining the light of the gods on foul undead has never looked so gorgeous.
Last edited: Sep 3, 2021 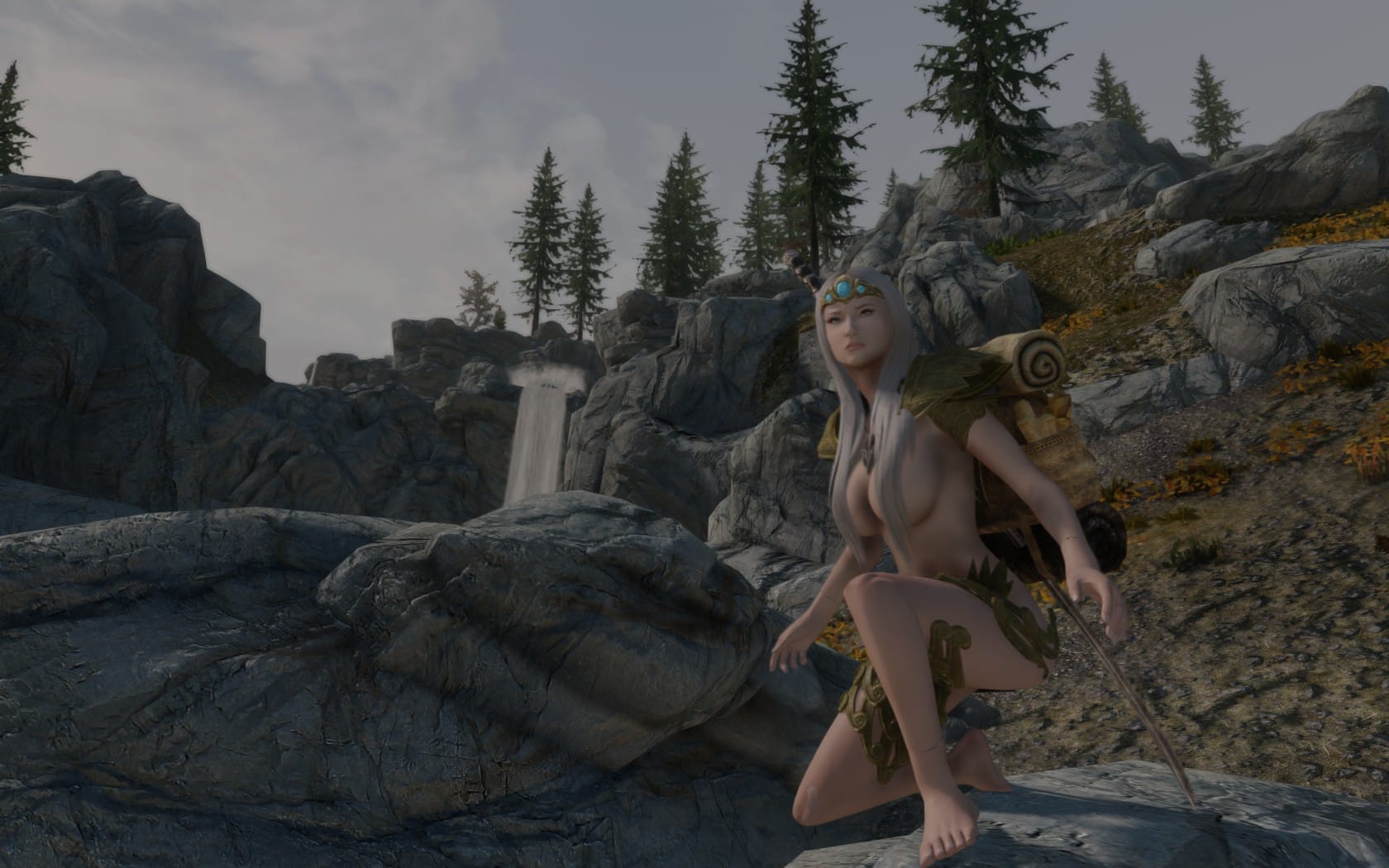 Animecel2D said:
Can’t believe you put this much effort in your thread for only two measly replies Animecel2D said:
Can’t believe you put this much effort in your thread for only two measly replies

I haven't read it but isn't this just a Skyrim build

iamsubhuman said:
I haven't read it but isn't this just a Skyrim build
Click to expand...

yes a Skyrim build that

Animecel2D said:
is his magnum opus to which he poured all his intellect and creativity into
Click to expand...

damn is this really original? mogs me

iamsubhuman said:
damn is this really original? mogs me
Click to expand...

Blackpill The Ian Watkins case is the ultimate proof of how depraved foids will go for Chad. NSFW subject

The prophet of Islam, Muhammed, roasting a foid and telling her she is inferior, according to a scripture