Experiment Ultimate baldpill: catfishing with your own hair having youth pics

Little backstory on me, I guess for the earlier parts of my life I was a low tier normie. I'd say a 5.5 or 6/10. With some proper looksmaxing, right filters, right angles, right lights I could fool someone into believing my pics are a 6.5 or even 7/10. So definitely not a truecel.

The reason I had no success with girls is because I'm a bit autistic and I squandered every half chances with girls that I had, I didn't have the right social circle (only male friends-cel, didn't have a decent pool of girls to begin with), I was bluepilled to the moon. And obviously being a 6/10 is not enough on its own to compensate.

This was up until I began losing all my hair at 18-19. Very fast and unrecoverable hair loss. I still don't know whether that was due to stress/bad diet or whatever, but I went from a Norwood 0.5/1 to a Norwood 3/4 in the span of 6 months/less than a year.

Can't grow a beard, skull shape is not the most ideal for being bald. So now I automatically lose two points and am a 3.5-4. I personally believe it's probably even worse than that. A 3.5-4 due to height/face has more chances than a 3.5-4 due to baldness (just my own experience, could obviously be wrong)

It's crazy how much SMV you lose by being bald. I really tried to be bluepilled and confident at first, do all the things that normies and etc suggest, have as much of a positive mentality as I could, but in reality I was even more invisible to girls and hopeless than before. The blackpill and the baldpill was starting to kick in.

What sent me crazy (and into an incel spiral) was that the very few girls that I was somewhat friends with (3-4/10 low tier beckys mind you) were completely shocked and flabbergasted at the thought of a bald young guy as a romantic partner. Like I just brought to them the most mind-boggling paradox possible. Like they were two things completely contradictory with themselves. Something completely incompatible with reality. Like it was a gay or an eunuch hitting on them and not their bald looksmatch.

I like to stress about it because this was a very different kind of rejection from when I was getting rejected by my 6-ish looksmatches in my youth. That's why I say being a 4 baldcel is perhaps worse than a 4 facecel/heightcel (obviously we're all fucked, let's not start with the face/height/hair etc)

I would have acted so much differently in my youth had I known I was in this time ticking bomb, and had I known how drastic the effects of this ticking bomb were.
Idk, try those oil skin salesmen products to try to preserve my hair. Plow some 3/4/5 beckys while I could still mog them. Any desperate measure.

Fast forward around 5 years, still an incel, nothing changed, I have to be in a shithole country for a couple of weeks. Bored out of my mind I decided to fuck around on tinder. Thought why not do one of those chadfishing experiments that I remember were very hot in the early incels days?
Or even better, why not try it with my old hair having pics? I had no prior experience on tinder since I didn't even know what tinder was when I was 18, and since obviously tinder as a bald young guy is the biggest waste of time.

I setup the tinder account. 21 years old (I was 18 in the pics so I don't think I could have pushed for more), shamelessly copypasted the bio from one of those tinder jesters online, with just some additional info about myself.
Ended up getting a decent amount of matches.

Actually ended up talking with some girls. One even messaged me first! Breaking the ice on tinder is easier than IRL ones for autists like me, especially since if you're at the point of conversating it means she liked your first impression already.

One girl in particular we hit it off well. I'd say she was a 6-7/10. She and I would end up talking all the time about every topic possible. It was such an addicting feeling. We stayed in touch even when I left the country.

All sort of things and behaviours that I would resort to whenever I was chasing a girl. It was quite shocking. I couldn't believe it.
And this was technically destined for me! Not Sean o Pry or any other stupid chads used in those tinder experiments.

I would tell her about a movie I've seen recently and she would watch it just to talk to me about it after that. She would ask me to teach her to play League of Legends (lmfao) just to spend with me the time I would spend without her on stuff like vidya. She would watch football games despite hating it and join discord calls to commentate them (I consider teaching her the offside rule the closest I've been to having sex). She would say how she wanted to go on a trip somewhere with me when I would start my holidays. Madness. It's like she was simping for me.

I did simp for her too and reciprocate those behaviours and the amount of attention/interest she was giving me, but sometimes I would test her.

I would say very disrespectful/misogynistic/me too movement stuff, and she would get pissed in that moment but nothing close to being a permanent dent to the relationship.
I would say very cringe/autistic stuff and she would just change subject.
I would try to not talk to her for a day or two (very difficult to do, being the desperate simp that I am I wanted to continue talking to her every single second of every single day) and you could see that she was holding up so much in this timeframe, like she couldn't wait for me to answer her back, and she was very talkative and dishing out an exorbitant amount of stuff when we did resume talking.

I liked this girl. I considered her a good friend. Yeye I know what you're gonna say, AWALT, women are dumb and evil. I think she was pretty smart and fun to be around, and somewhat of a good person.
Ofc I was attracted to her and attracted to the way she was attracted to me, so this might be biased, but I really believe our personalities matched and would have been very good friends even if she was a guy.

Because of this I felt bad for lying so I decided to show a more recent pic saying that I just shaved my hair. She was a bit weirded out, but she tried to play it cool even though it began to seem obvious that she growing less and less interested in me. But when I made it clear that I was gonna keep shaving (because well it's not a choice) that's when she started to become seriously cold and detached.

When I confronted her about what our relationship had become, she said that she was busier, she denied that it was anything special in the first place (!!!). Despite everything that I wrote above. It's like she's trying to erase from her memory the fact that she was infatuated with someone who is now a bald guy.
Then we got to the point where she would alternate between ghosting me and replying with monosyllables so I just stopped contacting her altogether.

Very important thing I forgot to mention, she is from a piss poor eastern Europe country, and I'm from an European country that her country kinda fetishizes/has a soft spot for. So this very likely added points to my SMV.
I also tried this "catfish" in a different city of my country but I was getting very few matches, and even fewer girls who I actually had conversations with, and they were mostly uninterested in them. So location was definitely a very important factor that I should not omit.

Could this be interpreted as bragging or discussing a previous romantic relationship? This was not romantic or bragging at all, it was just a tinder catfish experiment that lasted longer than an usual one.

This was such a weird and surreal experience, and nobody can understand its weirdness to its fullest unless they're living with the same blackpill tinted glasses as I or other incels do. That's really the only reason I'm posting it here.

Should I interpret this experience as a suifuel? Like this is the life normies/chads live and I only got a taste of what I've always craved and have been missing out.
Or opposite, a lifefuel? If I hair transplant max/looksmax/socialskills max I could still have some hope to ascend?

baldpill said:
This was up until I began losing all my hair at 18-19. Very fast and unrecoverable hair loss. I still don't know whether that was due to stress/bad diet or whatever
Click to expand... You have experienced the brutal reality of lookism. 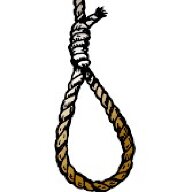 baldpill said:
The reason I had no success with girls is because I'm a bit autistic and I squandered every half chances with girls that I had
Click to expand... 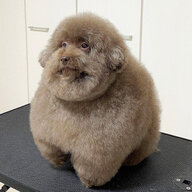 I would say I was a 6/10 when I had hair. I think if you're a 6/10 and have good social skills and the right social circle, you can get Chad's sloppy seconds or at least plow some 3-4-5 Beckys. You can't slay but you can escape truceldom.

This tinder experiment with my own hair having youth pics is part of the reason why I believe that.

I think she was pretty smart and fun to be around, and somewhat of a good person.
Click to expand...

They're only fun to be around if you're good looking. That is the stone cold truth of life. No aesthetics = no life. It's really as simple as that.

My deepest condolences to you for losing your hair at such a young age. That must've been devastating. What norwood level are you at right now? 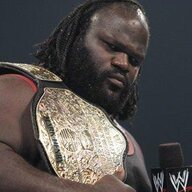 wtf does based mean?

Not caring what people think or what's socially acceptable.
You must log in or register to reply here.

Story The closest I ever came to ascending was when I weren't developed.