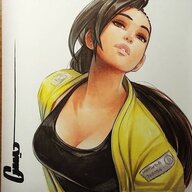 Well, well I'm doing an administration class so i can get a good job. But that doesn't matter what matters is i always take the bus and it's always full.

some ppl(men and women) are just savages they push ya to get to the door not enough so they can't pass no that would be too easy. And when they push ya, u usually (depending of yer height) touches ur dick on whoever is sitting down that's why I've trained myself never to be up near someone and always between seats.

This once i wasn't able to get a good place to be up i was up near a woman. A lot of ppl had got through me and i had to be really mindful on how much i moved forward when they tried bc if no i would be on jail for sexual harassment now.

But this girl, she was different she was not bigger than everyone else she was quite small actually. she got nearby and "ahem... Excuse me can u move forward" i looked at her in disbelief i was about to touch the woman on my front she had lots of space and still was asking me to move more. I ended up ignoring me she didn't even asked the guy behind me to move forward and ended having to go through us (wasn't that hard, was it?) and just staring at me like like i was a killer later when all i did was dodge a bullet.

Bonus: there was also another woman that really needed to hold her purse on her hand and ended up just hitting my chest with her elbow it wasn't a normal hit, it was a "oh fuck sorry guys didn't see that speed bump" she felt my guts type. and she just kept going not even a sorry. 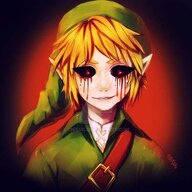 Sound like a currycel except those curryniggers love raping foids on the bus... mmmm.

Heartless said:
Sound like a currycel except those curryniggers love raping foids on the bus... mmmm.
Click to expand...

Well a guy called me indian once so that checks out

pyroarty said:
Well a guy called me indian once so that checks out
Click to expand...

Are you a currynigger or did someone just call you one?

Heartless said:
Are you a currynigger or did someone just call you one?
Click to expand...

Im just a brown (lost between being black and white) south american, the guy was just high on drugs.
You must log in or register to reply here.

The first woman that ever rejected me

I
Blackpill My chadfish experiment: married woman wants to travel across world for me