The best part about IncelTears

is the submitters post history. Seriously, look at it.
It's a bunch of Incels in denial. So many "I'm a 20 year old virgin but I'm not an incel". Makes sense though, they can't come up with anything so they submit the posts so with other virgins they can brainstorm a reason why certain posts are not actually true. They are scared of accepting the truth so they keep fighting against it. If they thought none of the stuff posted here is real why would they spend so much time making fun of it? No one makes fun of people who think the Earth is flat. The vast majority of atheists don't care about religious people at all.

While they're busy making an "I'm an actual nice guy, not a nice guy(TM)" (the irony) Chad fucks the girl in a club bathroom.

agreed, 80 % of that subreddit is full of bluepilled incels in denial. They are just too brainwashed in their shitty sjw world view to change it because " gotta defend women brah". I really do hope for their sake they turn to the blackpill/ redpill/ incel ideology, its so much better accepting the truth instead of hiding your subhumanity.
L

Yeah, every post written by a guy there feels like "P-please help come up with a reason"
the rest is triggered girls who dont get enough attention irl 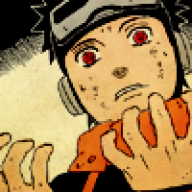 Yup, its hilarious. A lot of them frequent /r/cuckold.
N

True on social media too.

They want to believe that being an incel is a state of mind and not a state of matter. If you are virgin after 20 you are na incel. They want to believe that being an incel=misogynist, resentful, far right virgin while they are something ENTIRELY different. On top of that they are pathetci whiteknights who think that making fun of subhumans will get them laid on reddit. They are like "Hey there wonderful female reddior. Look at my repost from incels. Aren't I very funny? Aren't I totally the opposite? Will you fuck me?".
You must log in or register to reply here.

SEA maxxing the only solution?

S
Blackpill One of the biggest contradictions in the bible

Today at 2:40 AM
InMemoriam