Idk what id do without this site, i mean when incels got banned i was fucking pissed because it was pretty much the only place i felt like i belonged.

Thousands of other people that i didnt realise sharing the same experiences and/or difficulties in life. These difficulties of course include subhuman faces, and pretty much a shit life by being bullied in high school etc etc.

I think this site is so much better because i believe its easier to moderate ( you mods are doing a great job) because at least theres only a small amount of normies and at least im not getting insulting PM's thrown at me or platitutudes that ive heard a million times such as telling me that i need to shower, change my personality, get some better clothes, get a haircut, grow a beard, shave, go to the gym, get a hobby bla bla bla the list goes FUCKING ON AND ON JUST LIKE MY SUBHUMAN LIFE.

Yea holy crap I'm extremely greatful for seargantincel and the other mods for making this place. 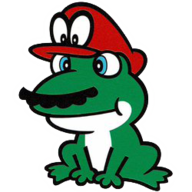 Thank you for creating this place! I was only on reddit because of r/incels and I never really liked the website's design and features. Now I can dump that place and be on a far superior forum instead.

Yea I am very grateful. Though, all our hard work, our thoughts, feelings, emotion, posts, comments, are all gone now. We can't look back at them. We all regrouped which makes up for it. 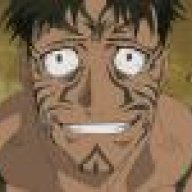 it's a bit hard to browse in here , because i usually use my phone, i just lay down and browse incels in my phone , is there a discord for truecels only ? last time i was in discord there was only girls there
You must log in or register to reply here.

Venting Blaming us achieves nothing

V
Blackpill I'm from a good first world country but it's thrown away because of my genetics. Can anyone see the solution to my problem?

Height is meaningless where I live

SuicideFuel I have ZERO genetic potential. I am not fit to survive on my own. Frankly, foids should NOT mate with me.
2

Brutal None of you can say you have it hard if you’re an only child.