You are using an out of date browser. It may not display this or other websites correctly.
You should upgrade or use an alternative browser.
I took this from a Reddit post. Men without any power or privilege (most men) are deffinitely victims of a lot of bullshit. Something society likes to ignore.

Sometimes they take it gracefully and report their results in good faith. But other times they make excuses for it or try to cover it up.

Many of these are areas where people still assume that discrimination against women exists, despite formal academic research showing that it's really men who are discriminated against.

The fact that they found that women were preferred over men is buried inside of the body of the study, buffered by handwaving remarks about how pregnant women still face other difficulties related to employment (which I'm sure is valid but they straight up sound salty about the fact that their own research contradicted what they expected to find).

You can read the full text of the study here:

A study about domestic violence against women finds that men are more likely to be victims
A 2005 study on domestic violence wrote their entire abstract in a way that implies that domestic violence is significantly worse against women than against men. But the actual body of their research reports the exact opposite of that. A fact that other researchers eventually discovered and wrote about. While not strictly about discrimination, they are guilty of expecting to find that things were worse for women when in reality it's men who appear to be disproportionately effected.

[A] recent study found that men are more likely than women to suffer serious injuries in intimate partner relationships and that men are actually less likely than women to use violence in intimate relationships (Felson & Cares, 2005). Some factors are apparently inhibiting men, who are generally much more violent than women (outside intimate relationships), from using violence against their female partners. Results in the Felson and Cares (2005) study show that those men who do engage in violence against their spouse and those women who engage in violence against their family members are more likely than other offenders to do so with high frequency. It is surprising that this result was obtained in what was essentially presented to respondents as, “a study of violence against women” (Felson & Cares, 2005, p. 15).In fact, the authors argue that men actually inhibit violence in intimate relationships compared to their non-intimate levels.
...Interestingly, authors responding to findings that suggest a narrow or non-existent gender gap in partner abuse rates also allege that females are universally more vulnerable to abuse by men than men are to abuse by women. Importantly, this perspective has found little support in the data.
Click to expand...

The 1975 US National Family Violence survey uncovered higher rates of abuse against men
The very first large scale federal study on domestic violence in the US was carried out by researchers who expected to find higher rates of female victimization compared to male victimization. The results of that study showed that slightly more men than women were victims of domestic violence, including severe forms of violence.

Two of those researchers -- Murray Straus and Suzanne Steinmetz -- spent the rest of their careers researching this phenomen after discovering this. Steinmetz, in particular, was the first researcher to coin the "battered husband syndrome" back in 1977, a concept that would eventually be coopted by feminists during the 1980s and derided as a "myth" when applied to men.

Related to this is the fact that Erin Pizzey discovered the same thing "on the ground" after opening the world's first domestic violence shelter for women in Britain. She attempted to open one for men the very next year after becoming convinced that domestic violence was not a gendered issue, but quickly faced resistance. Including from some of the same people who backed her shelter for women.

All of the relevant parties here took this in stride and bravely went against the status quo. In some instances they even received death threats and bomb threats from feminists. This myth has continued to persists after decades of research debunking it. Likely because people simply want to believe that it's true.

While there are a few "honest" studies out there, several well-known studies have tried to hide this fact in their research. The primary strategy they use is to define female-on-male rape as "something else that's not rape". There are other criticisms that come up though, including the issue of "priming" respondents.

Recently the CDC has come under fire for this.

This striking finding—that men and women reported similar rates of nonconsensual sex in a 12-month period—might have made for a newsworthy finding. Instead, the CDC’s public presentation of these data emphasized female sexual victimization, thereby (perhaps inadvertently) confirming gender stereotypes about victimization.
Click to expand...

A study trying to prove that mothers are discriminated against in family court instead found the exact opposite, and then tried to hide it
A study from the late 1980s on child custody discrimination expected to find discrimination against mothers, and not fathers, but instead discovered that men were 6 times less likely to gain custody compared to identically placed women.

Not only did their publication attempt to use dishonest statistical shenanigans to hide this, they tried to burry the raw data to prevent other researchers from double checking their findings. Their study is still widely cited by other researchers as well as by random people on the Internet, because it is the only study that, on the surface, found discrimination against mothers (making it the perfect example of "cherry picking evidence"). In one meta study it sticks out like a sore thumb in comparison to ~10 other studies that found the exact opposite.

You can read that meta study here, and a list of sources on page 974 in the footnotes:

Massachusetts Supreme Judicial Court Gender Bias Study Committee,. (1989). Gender Bias Study of the Court System in Massachusetts.
The story of how one researcher discovered that the study was fraudulent, and how he came into possession of the raw data that they tried to bury, can be found here:

Rosenthal, M. B. (1995). Misrepresentation of Gender Bias in the 1989 Report of the Gender Bias Committee of the Massachusetts Supreme Judicial Court. Breaking The Science.
http://www.breakingthescience.org/SJC_GBC_analysis_intro.php

Unsubstantiated reports that women were underrepresented in medical research has created a large gap against male medical research
The researchers in this case may not have had a bias, but the research was conducted because of a general assumption that medical research was unfairly focused on men. The complaints were loud enough to inspire research into the topic where it was quickly discovered that far more interest and money is put into women's health research than men's, including even in areas where men are known to be effected more.

Recently John Oliver repeated these myths, despite some of this research being almost 20 years old now.

"John Oliver repeats healthcare myths in his coverage of gender bias in the healthcare field". Men Are Human.
https://menarehuman.com/6195-2/

Using data on test results in several subjects in the humanities and sciences, I found, contrary to expectations, that male students face discrimination in each subject.
Click to expand...

A study looking at discrimination against women in STEM instead found that women were preferred over men by a rate of 2:1
In this case the researchers don't appear to have had a bias, but they justified their research because of claims that women were being discriminated against in STEM.

The research team fully expected to find far more female candidates shortlisted when sex was disguised. But, as the stunned team leader told the local media: "We found the opposite, that de-identifying candidates reduced the likelihood of women being selected for the shortlist."
Click to expand...

The research went uncriticized for nearly two decades. That changed recently, when a few scholars and data scientist went back and read the whole study. The first thing that noticed is that the raw tabulations showed women doing worse [during blind auditions].
Click to expand...

Feminist inspired "investigations" into pay discrimination against women at Google and the BBC instead found that men were being underpaid
Companies often come under fire for allegedly paying women less then men. Two companies that recently vowed to fix this instead learned that they were underpaying men, not women. Both have vowed to give raises to their male employees to fix a pay gap that they never expected to have.

Feminists have pointed out that men still outnumber women in high paid upper management positions, which might technically be true. But that wasn't the conclusion that they were fishing for when they first put pressure on these companies to look into this (ie, "equal pay for equal work").

If you know of any others, feel free to post them in the comments. I just think it's funny that people are so confident that women have things worse that they automatically expect their research to back this up. This tendency to assume that women have things worse and are discriminated against is itself, I would argue, essentially a form of discrimination against men. Especially when those researchers try to hide or misinterpret their findings.

That's not to say that there aren't areas where women are legitimately discriminated against. People just tend to make assumptions in that direction that often don't pan out. In fact, the entire idea that men might face discrimination, and not as some kind of side effect of a greater form of discrimination against women, is almost sacrilegious to some people.

There is, incidentally, evidence of discrimination against research that dares to focus on men or men's issues. Research that focuses on men's issues gets cited less, reported in the media less, and the researchers involved have less access to academic resources and grant money compared to researchers who look into women's issues.

So maybe that's why some of these researchers downplay their findings when they find evidence of discrimination against men.

I wonder how many studies have gone unpublished because the researchers didn't like their results, and knew it could negatively impact their careers. And I wonder how many of the studies showing discrimination against men were perhaps originally hypothesized to find discrimination against women, but were begrudgingly published anyway. In either case, this bias seems to run pretty deep. Which is something you wouldn't normally expect to find in academia. 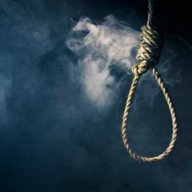 BasedManlet said:
And of course it did in fact get removed

Hahaha. I knew it probably would be. Posting the entire thread in plaintext turned out to have paid off. Just lol at Reddit trying to appease while censoring data and studies.
You must log in or register to reply here.

It's Over Women cheating is becoming significantly more common, study shows. Women hardwired to be promiscuous and are the shallow ones who only care about sex