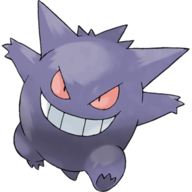 "Sex and Character" ("Geschlecht und Charakter") is probably the most blackpilled book ever written. It was written by Otto Weininger when he was only 20 years old. It goes beyond the male-female relationships btw.

I didn't read the entire book myself (too lazy) but I'm planning to do so one day. I know I probably didn't present it very well but I think you should give it a try if you're interested in such things.

You can get a copy on libgen.io for free btw.

Mogged from Fairbanks to Vladivostok

Weininger was the "favorite jew" of Adolf Hitler. I read a some essays and opinions about it and it seems to be most likely incel related.
Sadly I have ADHD and it is ~900 pages long. Will still try to read it one day. 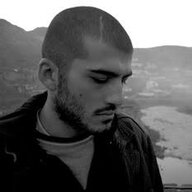 Ok sniffles you can stop shilling the book...
We know Otto weinenger is paying you... Any interesting anecdotes from the book?

Otto Weininger’s controversial book Sex and Character, first published in Vienna in 1903, is a prime example of the conflicting discourses central to its time: antisemitism, scientific racism and biologism, misogyny, the cult and crisis of masculinity, psychological introspection versus empiricism, German idealism, the women’s movement and the idea of human emancipation, the quest for sexual liberation, and the debates about homosexuality. Combining rational reasoning with irrational outbursts, in the context of today’s scholarship, Sex and Character speaks to issues of gender, race, cultural identity, the roots of Nazism, and the intellectual history of modernism and modern European culture. This new translation presents, for the first time, the entire text, including Weininger’s extensive appendix with amplifications of the text and bibliographical references, in a reliable English translation, together with a substantial introduction that places the book in its cultural and historical context.

Damn, i dont have time for that 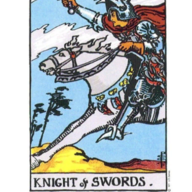 The Knight Of The Swords

Gengar said:
"Sex and Character" ("Geschlecht und Charakter") is probably the most blackpilled book ever written. It was written by Otto Weininger when he was only 20 years old. It goes beyond the male-female relationships btw.

I didn't read the entire book myself (too lazy) but I'm planning to do so one day. I know I probably didn't present it very well but I think you should give it a try if you're interested in such things.

You can get a copy on libgen.io for free btw.
Click to expand...

I read it long ago .

Nothingness said:
I read it long ago .
Click to expand...

RegisterUserName said:
Ok sniffles you can stop shilling the book...
Click to expand...

turbocuckcel_7000 said:
Any interesting anecdotes from the book?
Click to expand...

Otto Weininger's 'Sex and Character' appeared in the early years of the 20th century, conceived and written in an intellectually riled up Vienna. It was the atmosphere that gave birth to Freud, Wittgenstein, Kafka, and Jung, and it the book in question profoundly influenced at least 2 of the mentioned luminaries.
On first glance, the book seems an unlikely candidate for having such a reputation. It is, without doubt, one of the most violent books that I have read ; I do not mind violence in the base sense of the word, but rather, I have in mind a kind of elemental corrosiveness that is ultimately philosophical, which pushes aside all comforting illusions and calls the masculine element firmly, urgently, and mercilessly to its task of being moral. It is violent in the sublime way that only untramelled profundity can be violent.
The reference to 'masculine' in the last few lines is sure to make more than a few modern readers cringe, and is probably the cause for a lot of the notoriety that the book has been considered with, ever since its publication. Before I can address that perception, we should, with the soundest philosophical etiquette, define our terms. For Weininger, the male and the female are not used with reference to any biology, but are used in the sense of Platonic Ideas. In other words, male and female refer to Forms, to super-empirical structures of which the worldly males and females are approximations. Thus, every human being is a mixture of the male and female element. For Weininger, the female is sexuality. The male is sexuality and something more. The female is unconsciousness. The male has the possibility of consciousness. The female is non-rational (not irrational). The male has the possibility of being rational. Consequently, (and Weininger here follows Kant's ethics), the female is non-moral (not immoral), while the male has the possibility of morality. The female is nothing. The male has the possibility of being something.
Once the modern reader bears in mind that Weininger is talking about things which are, in a sense, beyond our crude notions of gender, we realize that he is in fact talking about the sources of our subjectivity, the fundamentally dichotomous nature of our perception, and connecting this analysis with a investigation into the 'good life' ; this is based on the rejection of the lower and a progression to the higher, and as such, is it only possible for the masculine element, for morality is only possible with consciousness, and only the male element has the possibility of consciousness.
There are, thus, two things to be noted with regards to people who engage in knee-jerk criticism of this book. The first point is, simply tossing around words such as 'misogyny' and 'racism' does not constitute a valid critique. Weininger's book has serious problems, (which I will address at the end of this review), but he is not writing at such a simplistic level that similarly simplistic criticism can be hurled. To put it simply, he is not engaging in cheap propaganda, but is engaged in a sustained philosophical investigation. As the subtitle suggests, it is truly an investigation of fundamental principles. The second point I wish to make follows from the first, and which I have already addressed. Masculine and feminine refers to qualities. Not individuals. Once this is borne in mind, the simplistic taunt of misogyny should be easily dismissed.
Another tip for the modern reader, especially someone who has familiarity with evolutionary psychology, is to approach the text from the perspective of this modern science. Weininger quite amazingly anticipates many of the paradigms that have come to be associated with this field.
The last quarter of the text, where Weininger analyzes the nature of the Jewish race and draws parallels between them and the feminine psychology, has drawn criticism for its supposed anti-semitism. Read in the cold and clear light of modernity, this portion of the text does indeed strike one as uncomfortable and, in light of the ungainly resurgence of many old chauvinistic and racist attitudes in our still young century, as indefensible. But once again, I would urge the reader to approach the whole text with an open mind, and to once again realize that the author is not talking on the level of biology, but is investigating certain fundamental psychological frameworks that characterize the human species. 'Jewishness' does not refer, in Weininger's usage, to a quality of a particular group of people, but, is instead an archetype that can be inhabited by anyone.
Now for the conclusion.

What I liked : The book is literally overflowing with great quotes, subtle in their penetrating understanding of human psychology. Weininger seems to me to be spot on with his fundamental philosophical assertion regarding the division of human nature into masculine and feminine, and his analysis of the different modes of functioning peculiar to these two sensibilities seems to me to be largely correct as well. In addition, I think his characterization of the nature of genius (which he reserves for the masculine element), is uncompromising but spot on.

What I didn't like : There are no two ways about it. Weininger's vision of the universe is dark, dreary, absolute, and despairing. He is what Nietzsche would rudely but effectively characterize as a 'life-denier'. His profound nihilism seeps through the pores of every word in this book, and he seems to take as incontrovertibly true that disgust for existence is an absolutely natural state for any thinking man. This disgust for life, this 'resenntiment' (to borrow from Nietzsche once again) almost functions as his basic philosophical assumption, so to speak. It is a tricky situation for the reader, for if you do not share Weininger's assumption(more uncharitable reviewers have called it his 'pathology'), then the entire book does begin to seem like the seductively articulate ravings of a diseased soul. In addition, and this could be related to his essentially life-denying worldview, the book is surprisingly religious. There is no crude proselytizing ; Weininger is too subtle for that. But he is fanatically obsessive about his faith, and his philosophical framework leads almost inevitably to the tenets of his Christian faith ; i.e. man is born in sin, woman is bad, pleasure is immoral, this world is a vale of tears. His interpretation of his faith is harsh, and can almost make him seem like a fanatic at times. Last, but not least, there are a few pages in the middle and towards the end of the book in which Weininger takes on some of his contemporaries ; these sections are understandably dated and can comfortably be skipped.

So, where do we end up? This is one of the few books that I've been profoundly affected by, which I enjoyed tremendously, which I've learnt a great deal from, but nonetheless, which I cannot recommend whole-heartedly. Why? Because while there are many passages that are so profoundly right as to be blindingly self-obvious, there are quite a few that are so appallingly, terribly, fantastically wrong. But Weininger is such a genius, his arguments so seductive, and his basic 'heart' seems to be right, that it is easy to get sucked into the whirlpool of his nihilistic, genius-affirming, frenzy. But that is not really my call to make. Read the book with an open mind, be impressed with the depth of one young man's blinding passion for truth, but take it with a huge grain of salt. With these provisos, I think one can learn a great deal from the product of poor Otto Weininger's tormented brain.
You must log in or register to reply here.

Blackpill The fundamental reason why normies will never acknowledge the truth of the blackpill no matter what we say although they can never refute its truths.

Discussion Why escortcels are right - and answers to common objections
2

Media (Long post) One of the cringiest documentaries I've seen to date: Love on the Spectrum, the US version