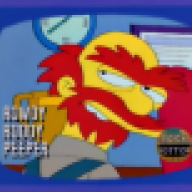 We need more ancient blackpills. It seems humans were blackpilled for a long time, we just forgot. 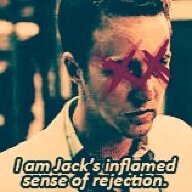 " The fundamental defect of the female character is a lack of a sense of justice. This originates first and foremost in their want of rationality and capacity for reflexion but it is strengthened by the fact that, as the weaker sex, they are driven to rely not on force but on cunning: hence their instinctive subtlety and their ineradicable tendency to tell lies: for, as nature has equipped the lion with claws and teeth, the elephant with tusks, the wild boar with fangs, the bull with horns and the cuttlefish with ink, so it has equipped woman with the power of dissimulation as her means of attack and defence, and has transformed into this gift all the strength it has bestowed on man in the form of physical strength and the power of reasoning. Dissimulation is thus inborn in her and consequently to be found in the stupid woman almost as often as in the clever one. To make use of it at every opportunity is as natural to her as it is for an animal to employ its means of defence whenever it is attacked, and when she does so she feels that to some extent she is only exercising her rights. A completely truthful woman who does not practice dissimulation is perhaps an impossibility, which is why women see through the dissimulation of others so easily it is inadvisable to attempt it with them. – But this fundamental defect which I have said they possess, together with all that is associated with it, gives rise to falsity, unfaithfulness, treachery, ingratitude, etc. Women are guilty of perjury far more often than men .. " Schopenhauer

BlackPillDealer said:
We need more ancient blackpills. It seems humans were blackpilled for a long time, we just forgot.
Click to expand...