Reminder that looks determine your perceived intelligence, too

I was a cute kid until puberty. People, mates and even some teachers considered me almost gifted.

Puberty hit me like a truck. As soon as I got ugly, suddenmy people started assuming I was below average intelligent, even teachers told my parents that I would be unfit for collegue.


Fucking LOL as a male you are literally your LOOKS 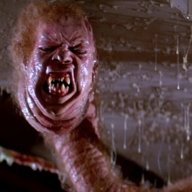 there was a chadlite punk type kid in my school that got bumped up to a more advanced math track in my high school despite get C's in his math classes. the reason? the female teacher thought he had "potential". meanwhile i was getting A's and got moved up a year later only to watch him fail further.

funny thing is, he was a dick to me in middle school, but somehow came around to pitying/liking me, and even defending me, when he realized i had a head for math. before that he thought my social retardation just meant general retardation.
J

This is one of the more underrated blackpills, it's so true and pianfull
You must log in or register to reply here.

Self Improvement/ "Being a better person" is foolery.

If you parents TAUGHT you to be NICE