Blackpill Real life friendships aren't all that special: It's ALL about Appearance (even with an ugly guy or incel)

I've given up on pickups and all this bullshit I used to think it's my fault.

I always known with females in the dating scene it's over, I had a girlfriend in kindergarten and she would take food from me; I was young, now I would never forget it.

My family knew her but when I was a child I was also religious so I don't know what I actually expect from someone as dumb and retarded as I was.

This thread is not about my lifestory but about the most recent topic that popped in my head.

So the thing is, I badly wanted just a while ago for days; an incel friend or a lonely friend who has no one to talk to, who's stressed in the gathering and sat alone while others are following society's roles and they look for one more chance to evade the rules because it's unfair and I get it but I wanna make them feel good cause they're really my people; there is nothing we can possibly disagree on if we're being coherent and we're thinking; nothing would play out that's that major that changes them.

Things like this could obviously include getting laid but other forms just an example: You form friendship on studies and he's a white guy and you help each other out and all of a sudden he says "Hitler's options seem tempting, I could've gotten laid more eh?" and you'll wonder why he's so comfortable saying this to you but he really trusts you and thinks you like him so he just says it. As he says it soon enough you realize you can't stay friends.

People don't change such a huge part of their life like friendships just for nothing; it's because their reality is different. Some guy said reality is subjective, I'm kind of angry I'm not the first one to say it, but it was a user on this site which is refreshing. People don't just create their reality, reality influences them; reality is the one that creates them.

The reason why that friend that supports Hitler supports Hitler is because he came to the realization keeping you alive is stopping him from succeeding and getting what he wants; you don't want to discuss this as it's pretty much talking with a maniac to you, because your reality is different; you know how hard you worked and what value you bring to this world etc.

So making friends with good looking people isn't worth shit period, but the reason you can't make friendships with ugly people is because of different realities once again. I was never an only child in my family so this already alienates me from almost all of you, I can't relate to you, I haven't spent enough time getting to know myself or spent time alone. This led me to an obsession with morality because my brother and parents always didn't have my world view and I learnt how to have conversations with people over you etc. but for the same reason I can never make friends with them because I can't like them; I only hate them and talk to them when I want something from them. I eventually overcome morality but there are things that are stopping me from sharing stuff with you right now, this is why I can't ever be open with you, because our lives are completely different.

I'm not alone in public situations, I have homies who hate on me right next to me. Not as I'm typing this but I have; and my brother hates me so that's that and everyone thinks I'm crazy locked in my room... like give me some privacy, if I have to act liberal in order to be friends with you, I can't be friends with you. This isn't because that's not naturally who I am, I just don't like this nature, I want to be alone.

Anyway, at the end of the day, there will always be things you wanna hold back from your friends and I admit; no one's truly your friend but this is to keep you sane. If society didn't have people voting for the same ideal, everyone would be free to think of anything and everything.

Influence, rules, friends: All of these are stopping you from becoming who you are. Open your eyes and examine what path life has laid out for you and work as hard as you can to achieve your goals.

Also man, the third reason, people just pass by during pick up like there was this teacher right when I wanted to approach a dude. Like dude what are you two gonna talk about in class when everyone's listening?

At some point even the most popular person who you thought was based, has to say, "I think men who rape should be faced with the death penalty." At some point with conversations come more and more extreme questions and if you ever strike those; you'll have to face the consequences.

The only reason you want friends is because you either want resources or you want to change their life and put yourself in it or you want something in other words from them and so it's resources again.

Because you can't have privacy in the workplace, schools etc. you will never make friends. You have to overcome paranoia to have friends and support the system which I absolutely refuse to do, "No one's gonna punch me if I say rape is pretty based in public just to my friend" is your friend not gonna thinking you're weird speaking in such a low voice? You realize the backlash from the public, they can stone you to death for saying something like this in public.

Living a lie is stupid because it doesn't benefit you in any way; it works against you for you to work. If you were an incel police officer and you made friends out of "ethics" and "rape preventions" long term it wouldn't benefit you with sex and the incel problem will not even be acknowledged more and more and you'll be contributing massively to this.

You can only hide for so long. Quitting your job or a friendship is inevitable. It's going to happen soon when you realize you're making yourself a low life scum who kills his own citizens and soldiers and supporters just for some money.

Everyone is living a lie because with this much competition, no one really loves the system. The things that stop people from making friends is society and it's expectations and different realities with other people.

I don't know what this thread is but hope that helps.

Unfortunately you have lie as an ugly man. You can be honest as an attractive man because people care for you most in the hierarchy and this is why redpill creators are usually rich and good looking. They have their shields and they won't say "rape is okay" because they're good looking and they think they live an honest life when your reality and his reality is different. You have to say rape is not okay to survive while wanting to rape. He has to say rape is not okay while never feeling the urge to rape because women already desire him sexually.

It's like expecting two people to say, "Cheating is not okay" when one person has not sheet to cheat from and the other person is told the answers so he doesn't have to cheat in every question.

It's easy to be honest when you can bend the rules or the rules align with you or lead to you succeeding. Honesty is not a virtue.

HateCurry said:
I'm not alone in public situations, I have homies who hate on me right next to me. Not as I'm typing this but I have; and my brother hates me so that's that and everyone thinks I'm crazy locked in my room... like give me some privacy, if I have to act liberal in order to be friends with you, I can't be friends with you. This isn't because that's not naturally who I am, I just don't like this nature, I want to be alone.

Anyway, at the end of the day, there will always be things you wanna hold back from your friends and I admit; no one's truly your friend but this is to keep you sane. If society didn't have people voting for the same ideal, everyone would be free to think of anything and everything.
Click to expand... 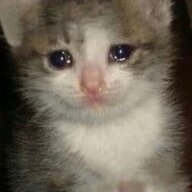 In this World being honest Is more of an Hinderance Then anything. i stealed some grocerys yesterday again and got away with even more . its Like an Inhibition / Ego Test , Just Be high iq About it so you dont get caught.

Izayacel said:
Just Be high iq About
Click to expand...

You need not worry.

I should Care even less , tbh.
You must log in or register to reply here.

It's Over Men do not value friendships anymore

just fuck it all really

Venting I can never fit in

Blackpill Tired of all the foids, normies and semi-chads in my gym

LifeFuel Rumors about me in school