The headline says it all, here is the full article published August of this year:

New psychology findings suggest that attractive students earn higher grades in school, but for female students, this beauty premium disappears when classes are taught remotely. The findings were published in the journal Economic Letters.

A large body of research suggests that physical appearance has an impact on a person’s success. For example, attractive people tend to earn more money and report higher life satisfaction than less attractive people. Interestingly, scholars have yet to agree on the explanation behind this beauty premium.

“I’m interested in discrimination generally,” said Adrian Mehic, a graduate student at Lund University and the author of the new study. “In economics research, lots of attention is given to discrimination based on gender and/or race. While these are important issues, there has not been much research on beauty-based discrimination in the educational setting, so the paper fills a gap there.”

“Also, the pandemic made discrimination based on appearance much more difficult, since teachers could not readily see students’ faces. Whereas discrimination on for instance gender is possible in the online setting also, as long as you have the names of students.”

Mehic conducted a natural experiment to hopefully shed light on an explanation for the beauty premium. The study investigated the effect of student attractiveness on university grades during both in-person instruction and remote instruction. This design allowed the study author to better isolate the effect of appearance since student-teacher interaction is much lower during remote instruction compared to in-person instruction. Any attractiveness advantage observed during remote classes is more likely due to a productivity-enhancing effect rather than discrimination.

The researcher obtained data from five different cohorts of engineering students from a Swedish university, resulting in a final sample of 307 students. Notably, students in two of these cohorts had attended a portion of their classes remotely when the COVID-19 pandemic pushed instruction online. The content of these courses stayed the same, but lectures and seminars were conducted online.

Although students were encouraged to turn their video cameras on during lessons, it was not required. To obtain an attractiveness score for each student, Mehic had an independent sample of 74 individuals rate the attractiveness of the students’ faces.

When analyzing the data, Mehic first found evidence of the beauty premium in traditional in-person instruction. For non-quantitative courses (e.g., business, economics) that were taught fully online, student attractiveness was positively correlated with student grades. However, this effect was not found for quantitative courses (e.g., math, physics). This was in line with the researcher’s expectations since non-quantitative classes tend to include assignments and presentations that encourage student-teacher interaction, while quantitative classes are often graded entirely through final exams.

According to the study author, these findings suggest that discrimination most likely explains the beauty premium for female students, who no longer had higher grades when classes turned remote. But for male students, who continued to see higher grades with attractiveness even when student-teacher interaction was low, beauty seems to be a productivity-enhancing attribute.

“The main takeaway is that there is a beauty premium both for males and for females when teaching is on-site,” Mehic explained. “But for females, this effect disappeared when teaching was conducted online. This, at least to me, suggests that the beauty premium for males is due to some productive attribute (for instance, them having higher self-confidence) rather than discrimination, whereas it is due to discrimination for women.”

“I was surprised by the fact that male students continued to perform better when teaching was online,” Mehic said. In his study, he discussed several reasons why physical attractiveness might enhance productivity for male students.

For one, male students who are physically attractive tend to be more persistent and have a greater influence on their peers. Attractive people also tend to have more social skills, which has been linked to creativity. Since non-quantitative courses tend to involve creative assignments and group work, men who are more attractive — and thus, more socially skilled and creative — might be more likely to excel in this coursework.

“It seems to be quite difficult for researchers to answer why people discriminate based on appearance,” Mehic added. “Probably, it’s because when we see an attractive person, we assign them some characteristics that they may not actually possess, such as intelligence. However, more research is required to establish precisely why this happens.”

The study, “Student beauty and grades under in-person and remote teaching”, was published August 6, 2022.
B

Subhuman Niceguy said:
I was surprised by the fact that male students continued to perform better when teaching was online
Click to expand...

Jfl, of course you were, cuck author 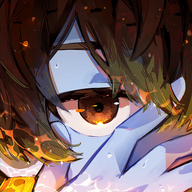 daring to be stupid

In case anyone cares, Stardusk AKA Thinking-Ape also discussed this article.