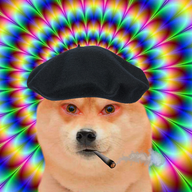 It pisses me off when progressive foids will put “BLM” in their bios and ramble about “white male privilege” even though their specific dating standards generally tend to exclude any man who’s not white. This is true for the noodlewhore foids more than anyone else. I’m not even saying that they necessarily have to change their standards but I do wish they were more honest and less hypocritical. If a white-worshping asian foid could just come out and say:

“I, an asian woman who exclusively dates white men, am fully aware that my rigid racial preferences are contributing to white male privilege by giving white men more dating options and I’m totally fine with that”,

That would be based as fuck.

I can’t count how many times I’ve heard of asian foids who desperately wanted to be inseminated by whites so that their children could also have blue eyes and blonde hair. Asians can get away with holding eugenicist opinions that would get whites called Nazis if they said the same thing. They desire white men to the point that they fantasize about baring their children but they would NEVER admit that they think whites are superior. It’s just a “preference”, that’s all.

Again, I’m not even saying that the asian foids should change their standard but they should just tell it like it is.

They have no incentive to. Women would be absolutely fucked if every man on earth were blackpilled.
You must log in or register to reply here.

Hypocrisy Why I hate Progressives (they lie to us Blackcels)

Saturday at 8:11 AM
KanzentaiCel
K

The fact women are attracted to violent men is why there will always be violence, wars, bullying, abuse etc

Thursday at 10:12 AM
Substitute Subhuman

Blackpill Blacks are at the bottom of the racial hierarchy