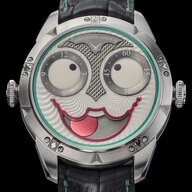 Parties to International Trade
The cargoes are shipped to its destination because someone has bought them. This person
is referred to as the ‘buyer’. This person may sometime be referred to as the ‘receiver’ or
the ‘consignee’. The person who originally owns the goods is referred to as the ‘seller’.
This person may sometimes be referred to as the ‘consignor’.
The ship is the vehicle that carries the cargoes across the seas or oceans. The person who
owns the ship is the shipowner and if he manages and operates the ship himself the
company which he operates under is known as the shipowning company. If someone else
other than the shipowner manages and operates the ship, that person may be known as the
ship manager or ship operator and the company in which he operates under is known as
the ship management or ship operating company. Regardless of the above arrangement,
anyone who provides the ship and contracted to carry goods across the sea, becomes
known as the ‘carrier’.
A relationship exist between the seller-carrier-buyer by the fact that the cargo are placed
on board the ship at the port of loading, transported over the sea by the carrier and
discharged at the port of destination. Such relationships give rise to responsibilities and
liabilities between parties. The responsibilities and liabilities are govern by international
and national law. The law that governs the carriage of goods from the point where the
carrier takes over responsibilities for the safety of the cargoes from the seller, their
transportation at sea until the cargoes delivery to the buyer is known as the Law of
Carriage of Goods by Sea (LCGBS). It should be noted, that LCGBS only covers the
period from when the carrier received the goods onboard until it is discharged from the
ship.
Port A
Port B
Shipper
Freight Forwarder
Insurer
Banker
Receiver
Consignee
Insurer
Banker
Carrier:
- shipowner
- charterer
Insurer
PARTIES TO INTERNATIONAL TRADE
2.2 Contract of Affreightment
When a shipowner, either directly or through an agent, undertakes to carry goods by sea,
or to provide a vessel for that purpose, the arrangement is known as a contract of
affreightment (COA). Such contracts may take a variety of forms.

In a voyage charter the shipowner agrees to make available the entire carrying capacity of
his vessel for either a particular voyage or a number of voyages in return for a fee known
as freight. The contract of carriage is the document known as the Voyage Charterparty.
In a time charter the shipowner agrees to let out his vessel for a specified period of time in
return for a fee known as hire. The contract of hire is the document known as the Time
Charterparty. The shipowner on the other hand may prefer to employ his vessel in the
liner trade, offering a carrying service to anyone who wishes to ship cargo. The resulting
contract of carriage will usually be evidenced by a Bill of Lading. 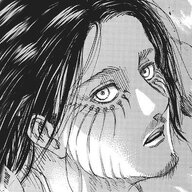 bro?
You must log in or register to reply here.

J
China preparing for “D-Day” INVASION of the continental United States, with forces to land on the beaches of California
2

The Constitution of the United States of America
2