Mouse Utopia Experiments: What lower class rodent are you?

Basically some scientists ran mouse and rat experiments after WW2 where they wanted to see the effects of overpopulation. They provided the rodents with safe environments free from predators, with unlimited food and drink, as well as no disease to cull the population. The experiments resulted in whats termed behavioral sinks which lead to odd behaviors among the rodents (such as those below). Eventually this lead to the populations dying off. Watch the video for more info!

Pansexuals (Cuckolds, Traps, Gays): They would attempt to mate with both males and females, whatever they could get, but would not compete for status.

Somnabulists or the Beautiful Ones (MGTOW, LDAR): These rodents moved slowly through the pens without interacting with others. They were mostly ignored by other rodents. They focused on eating, drinking, grooming and sleeping. They did not fight other rodents. 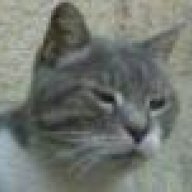 lol, the dominant rat would allow homosexual non-aggressive males to stay in the pen and fuck him?
You must log in or register to reply here.