"Diversity" is obviously the big thing these days, with faculty job postings even increasingly demanding "diversity" statements; so as part of your resume and everything you have to include a statement about how diversity macht frei.

There is, however, a kind of "diversity", people tend not to talk about. (Or actually there are two kinds since liberal identity politics don't care about old-fashioned class and see unemployed white men simply as privileged white men, but that's another thread).

Consider the great artists: all the great artists are men, but the "reading's just for faggots"-types are also mostly men. As far as I know, people with an IQ above average are mostly men, but people with an IQ below average are also mostly men. The funny people, the comedians, the ones who make the whole class laugh, are always men. But the super serious depressed poets, Sinners-in-the-hand-of-an-angry-God-preachers are also men.


Likewise, I've met men (and read about studies as well) who said they'd be fine with a relationship in which the female outearns them or they'd even stay at home and cook. But it's women who are LESS likely to support such a relationship.

With women, it often feels like if you know one, you know them all. They all have the same social attitude (hypergamous), the same sexual preference (submissive and masochist), the same aesthetic preferences (tall, big dick, etc.) the same interests (travel, coffee, making snapshots in foreign countries and in front of places of worship of religions their parents didn't belong to), the same opinions, the same non-existing humor, etc.

Male writers always get shit about the way they portrait women. But women should actually be flattered. Because the only really interesting women are the women men have created in media. The women men create actually have more character, more personality than RL women!

This is one of the reasons why I hate this right-wing, tradcuck, anti-"degeneracy", anti-gay, etc. part of antifeminism. I think among men there should be a trend that we accept that there's relatively much "diversity" among us. Otherwise we just end up fighting each other over stupid identity stuff, while women can go on to be like the borg because they all just want the same anyway. 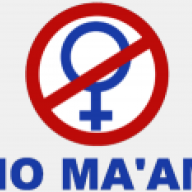 I'm lazy and don't feel like supporting these claims with evidence but I have read that there is scientific data to back up what you're saying. Women fit more in the middle and men are all across the board at both ends of the spectrum. This is most evident when it comes to IQ.

The thing on hobbies and shit is not so true. I know many girls who have completely different hobbies/interests

This is completely true. In sexual taste, they are all the same.


WarmIncelation said:
I'm lazy and don't feel like supporting these claims with evidence but I have read that there is scientific data to back up what you're saying. Women fit more in the middle and men are all across the board at both ends of the spectrum. This is most evident when it comes to IQ.
Click to expand...

This happens too for the looks/treatment-by-life ratio.

Women quality of life differ but are more in the middle.

Women have nothing worse off in USA than men do.

Foids are the ones who are coping