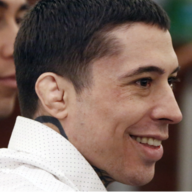 "The only reason girls on swipe GL guys is because they're looking for hook-ups."

So if women aren't attracted to most men then what value do they derive from their sub-8 boyfriends and husbands?

Cope, neither of these are good enough reasons for a woman to date a man.

Boyfriends and husbands are literally just incels with some source of external value (usually money or status).

Especially husbands, husbands are subhuman, frail incels who are being leached off of by former sluts who used to mock, ridicule, and reject men just like themselves.

Husbands don't realize that when they were 20 girls like the one he's married to now wouldn't even spit at him, just lol.

The form of "love" that women give their husbands, cleaning the house while occasionally spreading her legs for him (which will completely cease after she's gotten her babies from him), is completely reliant upon him paying for shit. If he were to ever stop paying for shit she would leave.

Death to husbandcels.
You must log in or register to reply here.

Serious There is nothing wrong with a man smacking his woman upside the head if she misbehaves. It's actually healthy for the relationship.

Blackpill The reason why personality doesn't matter that normies don't want you to know (ITCUCKS ENTER AT YOUR OWN RISK!)

Discussion my red flags in foids

M
RageFuel College Is A Waste Of Fucking Time For Incels

SuicideFuel I got giga mogged in front of prostitutes