Is buying on Amazon despite knowing their shady part a psychopathic trait?

Basically communist swine and ancoms calling for the boycott of Amazon because of how "unethical" it is, how the workers are exploited, how it drives local shops out of business and how Jeff Bezos having so much money is "immoral" and he should give it all to solve global faming or give free homes for everyone instead of going to space kek. Tbh I couldn't give a flying fuck about some wagecucks doing semi slave labor, if Amazon provides me an efficient service and I can buy stuff cheaper than in other shops I will keep using it. Also Amazon doesn't charge me for shipping and they don't pay all the taxes they should to the Spanish government so less money for feminism and illegal immigration

Btw aren't most jobs in the world exploitative? Why should I just care about Amazon and not everyone else? These retards will never call for a boycott of Apple, Nike or Adidas despite they use slave labor too because they love their products, they have just chosen Amazon and Jeff Bezos as their personal boogeyman when there are way more shadier corporations out there. Like the communist retard De La Rocha from Rage Against The Machine, wearing Nike clothes of +100$ while singing about eating the rich, stopping consumerism and smash big corporations.

Also JFL about how they sperg about "workers should unionize and protest against the rich", uncultured Americans thinking that unions are some kind of superheroes or magic entities and that they make everything much better In Spain unions are corrupt af and bought by the left, they're merely an extension of Spanish left wing parties. They never achieve anything good for the workers, only pointless strikes and good wages for the union leaders and the same sheit for everyone else.

You cant expect common sense for those political retards and in this life you take what you can get just as you said if you can get a good services from amazon use it, i buy weed to cope and that money most likely was used to buy a gun and kill some other dude but who cares that apply to all moral cuckoldry is stupid

unions is whats causing the massive inflations this year. the union motherfuckers in west US aren't even working 24/7 despite being some of the busiest port on earth. the world is fucked as a result
D

Unlucky coalition said:
You cant expect common sense for those political retards and in this life you take what you can get just as you said if you can get a good services from amazon use it, i buy weed to cope and that money most likely was used to buy a gun and kill some other dude but who cares that apply to all moral cuckoldry is stupid
Click to expand...

This is what happens in capitalism. People will get exploited somehow, somewhere.

Also, any employee of any profit-driven organization is exploited. They are paid less than the value of their labor is worth to the business. That difference in value is what helps generate and produce goods and services to be sold on the markets. If you're getting paid $50k/year, but your labor is worth, say, $200k/year, then you're bringing good value to the company as an employee. It's how upper management and execs get their annual bonuses: from you busting your ass and making sales on the ground level. 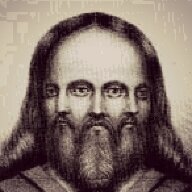 No, this is just retarded
D

GoyBargainer said:
No, this is just retarded
Click to expand... 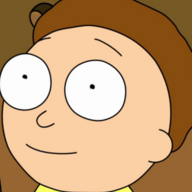 Prime.
You must log in or register to reply here.

I hate being an American and a spic in America
2

W
Normies whole religion and outlook on life is wrong

Based A carbon tax everyone (except for the oil lobby) would be happy with.

Serious My physical appearance is one of the major reasons my life is shit, and also a primary cause of my inceldom.