RageFuel Incel Tear Will Never Acknowledge Looks Matter Outside of Dating, Even For Being Able to Hold A Job

Hey IT you motherfucking pieces of shit, I don't even care about ascending right now, so get that I am an entitled incel obsessed with sex idea out of your fucking heads. I literally got fired from a job because my face is ugly, sure I am fat, unkempt, suffer cystic acne and am Indian, but I still deserve to be treated like a human being.

Women literally avoided interacting with me or talked to me in a cold disrespectful tone the entire time I was there. One girl would literally make mocking faces and laugh at me while avoiding interacting with me, she was literally a 4/10 indian. At one point I had to work with her alone, and she literally told me not to talk to her when I asked a work-related question. The same bitch spread rumors and got me excluded from male co-workers she was rude to me from the moment she saw my face before I even said a word to her, so it's not my fucking personality. She literally got me fired.

Hey women. learn to treat people normally regardless of how they look and you won't have so many angry men wanting to go ER. You don't need to sleep or date guys you don't find attractive , just learn to fucking be polite and stop mocking people for their looks. Treat everyone respectfully and we will do the same thing, I didn't do one disrespectful thing there yet all the woman hated me and got me fired. Even the ugly obese female managers never considered me as a person and treated me harshly for no fucking reason.

This is the type of thing that leads to people going postal, especially unattractive men. So don't fucking do this shit, because when a person has nothing to lose they become dangERous . You fuckers are lucky I am a decent person, otherwise I'd be on the news right now. You bastard ass scum certainly deserve it.

Oh and before you mention that my angry posts on here are the reason, I was literally away from this community for 2 years. It's only being discriminated against for my looks that brought me back here. If women had treated me like a human being at work, you would have one less angry incel on your hands. You literally create your own monsters and then act as if their actions are senseless and blame mentally illness.
Last edited: Nov 7, 2022

Same. Sheboon slapped my check on the counter when i quit

IT knows, they just doublethink. It is a claim for Chad to listen to the women who subscribe to IT and FDS.

They think they criticize and offend us, they only legitimize Chad.

Fuck you IT! Respond to this thread if you dare you gutless bastards.

Come on IT, you dogshit eating pieces of trash, post this on your shitty ass soy filled sub if you have even a little spine you worthless wastes of space. 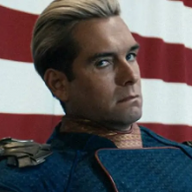 Some say we're born into the grave.

universallyabhorred said:
Come on IT, you dogshit eating pieces of trash, post this on your shitty ass soy filled sub if you have even a little spine you worthless wastes of space.
Click to expand...

those IT foids be bouncing on your metaphorical dick just for new content for their shitty ass sub.
L

I'm confused. If you got fired for being ugly, how did you even get hired in the first place?
You must log in or register to reply here.

RageFuel I resent women for being such weak sacks of shit

Incel trait: not being able to have pecs no matter how much you workout