In order to consolidate power and influence in society, we must form a voting block and advocate for ourselves. I propose the following political positions:

I have no problem with women paying for this themselves, but free birth control and free abortions are cstopuckoldry and enslavement of incels since we don't benefit from these things. We are expected to pay for Chad to have sex with Becky and Stacy.

Similarly, we should not be supporting single mothers raise their children. This is cuckoldry of incels.

4. Free plastic surgery for all incels.

I personally feel that I am a trans chad (chad stuck in an incel's body). I want to get plastic surgery and free height lengthening surgery to be in a body that suits my mind and not my genes

This is to protect currycels, who are losing to Chads and Tyrones under the "diversity" pretense. Chad and Tyrone and Becky and Stacy use their looks to steal currycel jobs even though the curries worked harder and are more qualified.

I'm pro-socialism when it comes to looks. 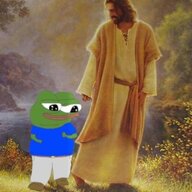 So, right wing on everything except for our own surgeries?
J

Isn't this thread against the "No proselytizing." rule?
Also, nice try /pol

Incels are not numerous enough to win any democratic election.

High levels of single motherhood in an area is one of the highest predictors of homicide so we need to reduce the number of them. Single mother households are basically crime factories.

I agree with all of these. In addition to ending affirmative action, we need to end civil rights bills which also discriminate against whites and asians who are more likely to be incel than blacks and latinos who do nothing but fuck and pump out children.
I

Sadness said:
So, right wing on everything except for our own surgeries?
Click to expand...

Right winged on certain issues. I don't like racism or sexism in general, but I don't see why I should be paying for someone else to have sex. How is that fair to me? 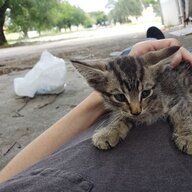 incelemperor said:
Right winged on certain issues. I don't like racism or sexism in general, but I don't see why I should be paying for someone else to have sex. How is that fair to me?
Click to expand...

Everyone who wouldn't qualify for 'surgery' could say the same
I

Mr_Mercedes said:
Everyone who wouldn't qualify for 'surgery' could say the same
Click to expand...

I choose Communism
You must log in or register to reply here.

is there anything more cucked than being pro-free speech?

M
Based Stacy Or Death! (We're Entitled To Sex With A Virgin Stacy)

Serious India has the most incel friendly culture out of any country. Theirs is a society to emulate.

Based we're entitled to a perfect 10/10 virgin giga-stacy, I explain why