Blackpill In the movie "The Godfather," a key plot point concerns enforced monogamy 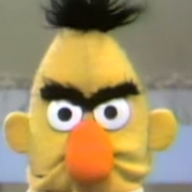 "The Godfather" is a story about the American mafia in the 1940s based on tall tales author Mario Puzo heard while growing up. Now consider that a key element of this famous thriller novel and movie (1972 for movie version) is that one of the three sons of Marlon Brando's "Godfather" maifioso-boss is hot tempered and flies into rage when his sister gets abused by her husband. What does this character (Sonny) do? He beats up his sister's abuser.


What Sonny doesn't do is tell his sister to leave the bastard like a modern soy would. In this film's social context, if his sister did leave her husband, her own family would say to her "look, come on, go back to your husband...he's the father of your child...come on, make up with him..."
You must log in or register to reply here.

TeeHee Someone recommended this woman-produced movie to me. Jesus FUCKING Christ.
2

It's Over The movie The Passion of the Christ, it's good because Jesus looks like Chad and respects adulterous women

S
Story My Son Is A Violent Cuck