Respect to all featured I.N.C.E.L. operatives who've successfully kept our plots concealed through this investigation. She didn't even uncover project night dragon. 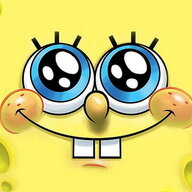 I'd gladly stop being an "incel extremist" if that femoid would give me head daily. 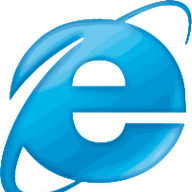 Broly said:
I wonder if we could get the same for FDS
Click to expand...

I wish.
Unfortunately, there is no violent act of terror associated with FDS yet. FDS will simply enrage us more and more so they can get more of us to rope.
They technically give us power, despite trying to take it away from us.

BummerDrummer said:
I’m never in these things i swear
Click to expand...

Maybe it's from adding - in mimecraft? 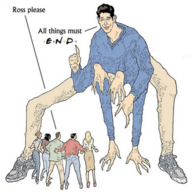 It's almost comical how bent out of shape everyone gets when men hate women, but its never the reverse

It's actually deeply rooted in them having a subconscious understanding of reality.
Women hating men isn't dangerous, because women are incapable of threating society in a meaningful manner. Even if we lived in a authoritarian gynocracy, they would still need men to enforce it.
But men being fundamentally dissatisfied with the foundation of modern society (egalitarianism, feminism, anti-racism) is very dangerous because men can and will use violence to achieve their ideals.
You're never going to be able to convince women to be monogamous and pair off with men they aren't attracted to. 80% of men are out of the mating game.
The only reason inceldom isn't approaching 50%+ of men is because dual income is still needed for a middle class lifestyle. Most women still need some men for resources. 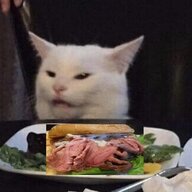 nice, i`m famous and statusmaxxed now, stacies will flow to me in no time
L

vice is run by jews 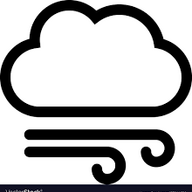 I watched the clip and is there a longer version? This is 9 minutes long of literally nothing. It’s like watching the summary of a book. Nothing new or no insights or no type of analysis. I guess VICE is not hiring the brightest bulbs. 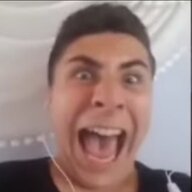 You merely adopted to dark, I was born in it.

What a clown foid . huNtinG extrReMistsS. Dates abusive chads but we are the one that are the terrorists. Clown bitch. Yes they saw my posts now FBI will get me JFL this foid

What a roastie. She watched or read too much crime story
Last edited: Nov 13, 2021

My post was about an article from a Black women website, kek, it wasn't even Incel
Last edited: Nov 14, 2021

Great, it was probably the highest IQ thread I ever posted here which appeared (not even written by me btw). I hope just the title of that made some normie think. 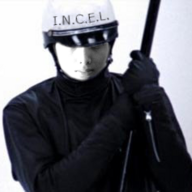 I'm glad they haven't discovered the I.N.C.E.L. high command forum where the real plans are discussed.

"We got to find a way to combat against incel extremism."

Ah, and how do you plan on doing that sweet cheeks? Religion, global homo neoliberalism, or perhaps, maybe some kind of self help book bullshit about the power of positive thinking? She sits there so smug and self reassuring that she's a crusader on a mighty campaign to drive out evil within some form of self righteous patriotic zeal, not realizing that the world she stems from is exactly the same world that radicalized all of us to begin with.

"We can start by banning, deplatforming, and censoring all of their media operations on cyberspace, surely that will deradicalize many individuals."

Silly goose, it's that world you stem from that you stand behind in total resolve that caused us to take a flight to cyberspace, to begin with, it wasn't the internet that radicalized us, but rather, it was the dissatisfaction of this current world we live in that radicalized us from the start. Protip for all the cultural global homo Marxists and control freaks out there, if there is ever a time you come to deplatforming us along with everybody else you'll only make things far worse than they already are, but be my guest, go ahead and do that if you don't believe me. Censorship has never worked out very well in past history, something you neoliberals fail to learn as you don't ever accustom yourselves with world history whatsoever. Look, at that mighty crusader there sitting proudly, I bet she sleeps at night thinking to herself that she's one of the good guys, they all like to delude themselves with that and it never ceases to amaze me observing that, it amuses me greatly.

But yes, tell us more about your values, fixations, or beliefs, so you can sit there proudly pretending you're not just another political pro-establishment hack.

"We got to find a way to deradicalize them."

I do love these utopian ideologues who think they have something interesting to say or think to themselves that they're a part of some kind of virtuous and virtue signaling organization, but truth be told, they're just another dumb asshole with very little to say of actual substance.

My dear, civilization currently is in terminal decline bordering on collapse and you fools can't even see the forest for the trees, you haven't even begun to see radicalization yet where very soon for you along with all the other dumb sheople normies out there incels will be the least of your worries for what's coming next. I could spend an entire day talking to this woman civilly and peacefully where after conversing with her that big ego of hers would be destroyed within less than 24 hours. It's so much fun belittling, mocking, or criticizing something you have little understanding of, but it's another thing entirely conversing with your opposition to understand what we truly feel.

Also, which greycel was her account that got permanently banned from here? Anyone?

The first rule of inceldom is that we don't talk about Project Night Dragon openly.
Last edited: Monday at 7:33 PM
You must log in or register to reply here.

F
RageFuel Is Julia Ebner either oblivious or retarded when it comes down to human nature?