Friend of mine just got blackpilled HARD

My friend is a 5'4 115 pound manlet with recessed jaw, skinny wrists, and bad skin. Textbook incel. But a few months ago he met this girl, who you could say was his looksmatch. Indian, chubby, ugly face, bushy eyebrows, generally disgusting female. Well since she was so insecure and desperate for a boyfriend, she started dating my friend. They went on dates, had sex, all of that. As you might imagine my friend was ecstatic to finally make it out of inceldom, or so he thought. I tried to tell him it wouldn't last. That all females, NO MATTER HOW UGLY, will always crave chad. He told me I was just jealous and he stopped talking to me. Well fast forward a few months and he texts me saying that he found messages in her phone she sent to her sister saying that she felt like she was "settling for" my friend. To his credit he managed to fight the cuck urge and he ended things with her. He apologized to me and admitted I was right all along.

Let this be a lesson to naive incels out there. Even if you manage to find a girl to have sex with you, incels can never experience love. Love is for chad. ONLY chad.

our fate is sealed

they are even more cruel with subhumans 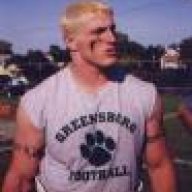 The best blackpill is from one’s own experiences

The blackpill can be hard to swallow.

This is why the normie advice of just lower your standards never works. Male standards are already low enough, it is female hypergamy that must be prevented.

Just a reminder: cucktears will defend this indian woman no matter what she does.

LynchingTriHards said:
Just a reminder: cucktears will defend this indian woman no matter what she does.
Click to expand...

Typical comments would be like "You go girl", "She is free to sleep with whoever she wants" and "Watching a bull fuck your girlfriend would have been cool".

At least he had sex out of it

TFW he gets child support papers in 6 months.

Bless your soul dude. You should direct him into this forum 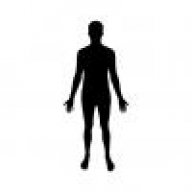 female genocide please
You must log in or register to reply here.

F
The time my foid friend betrayed me, and the blackpill blew up in my face