Females should be locked in chastity belts

Femoids have an unquenchable thirst to slut around with different men, especially Chad and Tyrone. And due to such, they embrace the way of promiscuity since a very young age, and ride the cawk-arousel until they settle with some beta provider. Which is why chastity belts need to be reintroduced to this society once again to control hedonistic pleasures of bitches.

All father's should make a mandatory rule where their daughters should wear and be locked in chastity belts -- and by doing so, it would decrease the number of premarital sex rapidly and would also decrease the epidemic of young single mothers. When a femoid reaches her appropriate age, the father would then handover the key to her partner; the male owner. Who would also keep the femoid locked in the chastity belt until he wants to engage in sex with her. This is not only a very good method for men to avoid getting cucked, but also prevent femoid cunts from succumbing to their deep rooted sluttiness.
C

Any father who doesn't do this must be punished.

And how does that help US?

incelman said:
And how does that help US?
Click to expand...

Less sluts in the world and more access to virgins.

Fathers won't do that shit plus most fathers in first wold countries are okay with their daughters banging 5 chads in the same day.

Weed said:
Fathers won't do that shit plus most fathers in first wold countries are okay with their daughters banging 5 chads in the same day.

Most father's these days are cucks.


Circlemarveljerk said:
Any father who doesn't do this must be punished.
Click to expand...

Fathers have lost their sense if how to raise a daughter.

Your right if we have no sex then they also shouldnt be allowed to have sex.

Zyzz said:
Your right if we have no sex then they also shouldnt be allowed to have sex.
Click to expand...

This guy gets it.

incelman said:
And how does that help US?
Click to expand...

Your shitty ass opinion is not needed here.

Your shitty ass opinion is not needed here.
Click to expand...

ordinaryotaku said:
I agree, as they can't control their (((primal urges))).
Click to expand...

It's pathetic how femoids aren't evolved in any kind of manner yet.

Lookismisreal said:
It's pathetic how femoids aren't evolved in any kind of manner yet.
Click to expand...

Honestly, though. They uphold morals, but only to an extent where it had to allow them to fuck 200 Chads every weekend.

So they basically have NONE. 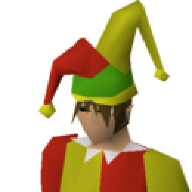 Females should be sold as sex slaves on amazon

Reddit_is_for_cucks said:
Females should be sold as sex slaves on amazon
Click to expand...

This wouldn't be bad at all.

I would definitely buy one.
You must log in or register to reply here.

Should we tell our parents about our situation?

Women need to be protected and sheltered

H
Blackpill My parents and teachers taught me to be weak, if I could go back in time I'd beat the shit out of everybody in school

L
Lookism is a twisted reality. Even if I looked like Chad, I wouldn't be happy.
2