[font=Helvetica, Arial, sans-serif]This just happened to me today btw. As I was going to get food, a female was in my way, naturally I pushed it away the femoid looked quite surprised by this. Here is the real kicker as I was eating it tells me that I had to have said excuse me to it instead of shoving it. condescendingly, It still showed cowardliness though as it stood more than 200 feet away from me and only pointed and made eye contact at me instead of directly approaching me, though it spoke clearly and loudly enough for me to hear it. As I noticed it speaking I looked at the creature for a while in surprise and rage, then I looked away from it while it was in the middle of speaking, intentionally ignoring it, it quickly left after that. I was thinking of giving it the finger since I was eating and I did not have the chance to speak but I did not think it was worth the effort. [/font]

[font=Helvetica, Arial, sans-serif]This example just shows how uppity females have gotten in thinking they can dictate male behavior, these sluts are so used to being validated they think they can push us around. That slut deserves to be beaten raped or killed, I regret I did not shove it harder so it might have hit its head on a counter. This shows we need to create more life fuel examples to put females in their place, next time a female tries to give me a lecture I will give it the finger or tell it to fuck off, I do not owe it squat. If it does not owe me sex, I do not owe it courtesy.[/font] 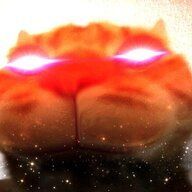 i'd get pissed off if some random guy shoved me.

retarded_dumbshit said:
i'd get pissed off if some random guy shoved me.
Click to expand...

The femoid cunt deserves it for being a whore and getting in my way, also I bumped into it slightly not shoved it since there was barely any space, instead of being a cuck and waiting for it to go first. I wonder how many incels the whore hath murdered, consider it justice.

However, you gotta be becareful sometimes because usually they have higher authorities on their side and beta orbiters of course, as well as fake stacie friends on their side.

I've gotten into some arguements with Stacies over the years, but usually they have everyone backing them up. Sometimes, I kind of tired of that shit.

Nowadays, I just walk away from their bullshit (unless if they physically contact me) because I have other shit to handle about in real life and of course not wanting severe the consequences (like I did in the past).

You should've said "excuse me" and if the femoid didn't move fast enough then shove her, we incels should be morally superior to the normies and femoid degenerates.
You must log in or register to reply here.

When you're told you shouldn't get a female dog...

TeeHee "Incel" definition according to females:

SuicideFuel It’s impossible for me to betabuxx/dark triad maxx for me to get married.