Normies like to deny that women have it easier in the dating world and that they all go for "Chad" types, so let's use science (one of my favorite subjects) to prove them wrong.

First of all, every species is programmed to reproduce in some form - whether sexually or asexually. Being a sexual species, we require a MALE and a FEMALE to reproduce. But the thing is; a single male can produce as much sperm as they want, while a single female can only produce one egg at a time. Basically, one male can impregnate thousands of female- and since their eggs are so valuable, the females are biologically programmed to be more selective and go for the male with the best genes to pass on. The "alpha" if you will.

This is present not only in humans, but in the animal kingdom. Why do you think MALE peacocks have those beautiful tail feathers, MALE deer have antlers, and so on? It's always the MALES that have to court and impress the FEMALES.

While we as an intelligent species have evolved, that biological "caveman" programming is still in there somewhere. This is why incels like us are screwed, because women are wired to reject our inferior genes in favor of the genetically superior Chads. 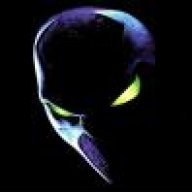 Brutal science pill.
You must log in or register to reply here.

L
you are incel because of a biological error

I
Brutal Undeniable proof of the blackpill: birdcels are looksmaxxing and getting cucked by more attractive birds! (IT WON'T TOUCH THIS)

Blackpill Incels are a walking hypocritical, contradictory meme and will never be taken seriously.