Even Karl Dilkington knows the truth

Link relevant, Karl's Complete Diary on YouTube, at 1:10:18.  Basically a podcast, with an accompanying animation, run by Ricky Gervais, I assume.
https://youtu.be/6VAwxbEdGUg?t=1h10m18s

Karl drops a black pill on Ricky Gervais's podcast about lookism, how looks matter most when it comes to relationships.  I'm somewhat surprised that someone who's neither forever alone nor incel, and who has the presence that he does, being friends with someone famous and having a platform to have his voice heard, has accepted this black pill.  And it's amazing how quickly Ricky shoots him down, doing it all the while in that smug, arrogant tone as if everything in life being based on looks is the most ridiculous thing anyone could possibly believe.  Listen to how automatic his response is; this is how badly people in general are sucked into this delusional fantasy of "oh, humans aren't shallow, that's just inane."  It just makes me angry.  And it's too bad nobody who doesn't already know the black pill would give what Karl says a second thought; he's treated like a circus freak on that podcast.  And too bad he derails rather quickly, too.

Looks > everything, sure, other things can have some influence, but nothing will ever come close to competing with looks, where it pertains to everything in life, and how we're all treated in all aspects of life. 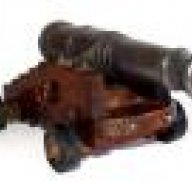 Can't argue with you there.

He comes with the arrogant, stuck-up attitude of being absolutely 100% right about everything that blue-pillers tend to have, too.
You must log in or register to reply here.

The truth about therapy

What's the point of living without a woman