One does not have to be an 'anti-vaxxer' to see and understand that COVID vaccines are not needed.

They are not required legally or for any medical or public health reason to treat or prevent COVID-19. There is a broad range of both natural and pharmaceutical treatments widely available, many already proven to be very useful.

Now comes some excellent news for the human race.

There is an official study in Acre, Brazil that has doctors amazed at,

how fast COVID infected patients got better after nebulizing with 3 grams of sodium bicarbonate (widely available baking soda) in 100 ml of water administered in a nebulizer.
Click to expand...

However, the bad news is that there are powerful forces, which we will discuss below, that hate good news and will do everything in their power to censor useful medical information.

Some people and organizations will do everything to push dangerous experimental vaccines over safer, cheaper, and more effective methods of treating viruses.

This is in full view in the news from the White House, where they are not even trying to hide their fascist activities.

They and the big tech giants need to know that baking soda has nothing to do with,

The new bicarbonate research adds to the lengthening list of treatments.

And it is no surprise to anyone who knows how and why bicarbonates work. Doctors and health care officials should, but do not know or even want to know, that viral infections are unanimously sensitive to pH changes.

The simple alkalinization of the blood reduces the cells' susceptibility to viruses.

bicarbonates can be taken orally as a preventative, and as we find out below, can be nebulized and even pumped into the lungs in ICU patients when their lungs are impaired.
Click to expand...

The research was carried out by the Federal University of Acre (UFAC) in partnership with the Oswaldo Cruz Foundation (FIOCRUZ), an organization dedicated to viral and vaccine research.

The study was approved by the National Ethics and Research Commission (Comissão Nacional de Ética em Pesquisa). The treatment, which seeks to improve oxygen saturation in the blood, has already been done in about 300 people in Acre.

In patients with mild symptoms, treatment is done with nebulization. In more severe cases, the bicarbonate is injected directly into the lung and sucked back.

He had 80% of his lungs compromised and had already spent five days in the hospital.

"The improvement was extremely significant, something that even as a doctor, I was surprised because I had never seen such a rapid improvement."
Click to expand...

The MHV-A59 strain of coronavirus is quite stable at pH 6.0 (acidic) but becomes rapidly and irreversibly inactivated by brief treatment at pH 8.0 (alkaline).

Human coronavirus strain 229E is maximally infective at pH 6.0. Infection of cells by coronavirus A59 at pH 6.0 (acidic) rather than pH 7.0 (neutral) yields a tenfold increase in the infectivity of the virus.
Click to expand...

"Fusion of the coronavirus IBV with host cells does not occur at neutral pH, and that fusion activation is a low-pH-dependent process, with a half-maximal rate of fusion at pH 5.5.

Little or no fusion occurred above a pH of 6.0."
Click to expand...

Bicarbonate is also a critical fungicide and is the only medicine for Candida Auris, which is resistant to pharmaceutical fungicides.

This is a highly lethal infection threatening the world even more than COVID, which is benign by comparison, yet hardly a word is said about it.

This information about bicarbonates will not see the light of day in the mainstream, which is sad.

Doctors worldwide have struggled to help patients with intelligent treatments since the pandemic started.

The system itself, the mainstream press and governmental agencies, and people like Dr. Fauci have insisted on promoting the mainstream narrative, which is always against the truth that there already are safe and effective treatments for COVID-19 and its mutations...
Click to expand...

They are only interested in selling vaccines to the public and could not care less for public health or safe vaccines.

They have terrorized an entire generation of children to the point where a considerable percentage are contemplating suicide, and they are getting away with it.

Many people have made health and safety their gods - over freedom, over luxury, over progress and ingenuity, over God, over everything, at least that is what they think they are doing.

During the "Age of Covid," we have seen people sacrifice everything (jobs, family, religion, social life); however, in the places where this is the most intense, death and infection rates are higher, and ignorance and fear far greater.

Fear and ignorance are the watchwords of the day, and this is nowhere more apparent than in medicine and public health.

No words can describe how pharmaceutical terrorism, medical ignorance, and medical hype gang up on humanity, keeping us as far away as possible from helpful natural treatments and into medicines and dangerous vaccines that kill.

Even the most knowledgeable experts are de-platformed when they say anything that conflicts with the vaccination/lockdown agenda.

COVID vaccine reactions are painfully high, higher than for any other vaccine to date, yet the CEOs and owners of the terrorist press has not a word to say about it, but the truth is leaking out anyway, scaring the witts out of people, making almost half the public into COVID vaccine skeptics.

The information and power behind bicarbonate medicine offer a clear view of how bad things are in the field of public health.

Public health officials are more like death and destruction angels than providers of health and safety because of their professional training, which stimulates them to provoke fear and solidifies them against real answers to threats against public health.

In Nepal, which is doing great in the Age of COVID, "public health experts" are livid that they've been ignored.

"There has been a reluctance to engage experts and use data and science."
Click to expand...

The entire world should learn a lesson and ignore these experts who have led the world into a new form of hell.

They are not to be trusted...

If one does not think for oneself in the Age of COVID, one is in for a rough time.

Though it is not new, we do have a form of terrorism loose on the planet, and we can easily see what it is doing to the children.

COVID-minded health officials are guilty of massive child abuse with their lockdown, mask, and social distancing madness, none of which have been necessary for a disease that over 99.6 percent survive even without the best treatments, most of which have been repressed.

Death eventually comes to everyone, but it will come later rather than sooner if the truth of bicarbonate medicine was ever released to the world.

We should all be alarmed when prominent voices such as Robert F. Kennedy Jr. are censored, silenced, and made to disappear from social media for voicing ideas that are deemed politically incorrect, hateful, dangerous, or conspiratorial.

His level headed views about vaccines confronts the terrorism I speak of, so beware and take care or you and your children will be added to the long list of victims who have been hurt and died at the hands of medical terrorists who have been trained to smile no matter what they do.

One might ask what happens after such prominent targets are muzzled...?

But in the case of medicine, it is better to study what has been happening since the Rockefellers took over the field of medicine 100 years ago.

In the history of baking soda, we find that in 1918 doctors used bicarbonates successfully to treat the Spanish Flu...!

There are three forms of bicarbonate.

There are sodium, potassium, and magnesium bicarbonates...
Click to expand...

They are nontoxic primary alkalizing agents for the prevention and treatment of,

Yet, the debate and ignorance around these simple medicines continue.

The United States army acknowledges that sodium bicarbonate is the medicine of choice to clear Uranium toxicity from the kidneys. It is the only medicine rated to do that.
Click to expand...

Bicarbonates are also the ultimate form of chemotherapy, and one can only laugh (or cry) at the mile-deep lunacy that prevents all doctors from accepting this fact.

At about three dollars a pound, sodium bicarbonate will outperform chemotherapy and radiation treatments because it targets acidity and low oxygen conditions.

Treating cancer with bicarbonates treats the fundamental reasons cancer cells form and get aggressive, so it's a medically sound therapy that should be denied to no one.

Sodium, potassium, and magnesium bicarbonate are miracle medicines not because of any mumbo jumbo but because of hard medical science, medical history, and basic physiology.

It continues to be a medical tragedy that the least expensive, most widely available safe, and effective medicine is overlooked.

An important point is that bicarbonates work with other medicines in perfect harmony, whether pharmaceutical or natural.

Even when the most toxic drugs are used, like in chemo or radiation therapy, bicarbonates will soften the poisonous effects.
Click to expand...

When used with other natural medicines, its healing power will only be amplified... Vaccines aren't about stopping coronavirus. They're about sterilizing as much of humanity as possible. 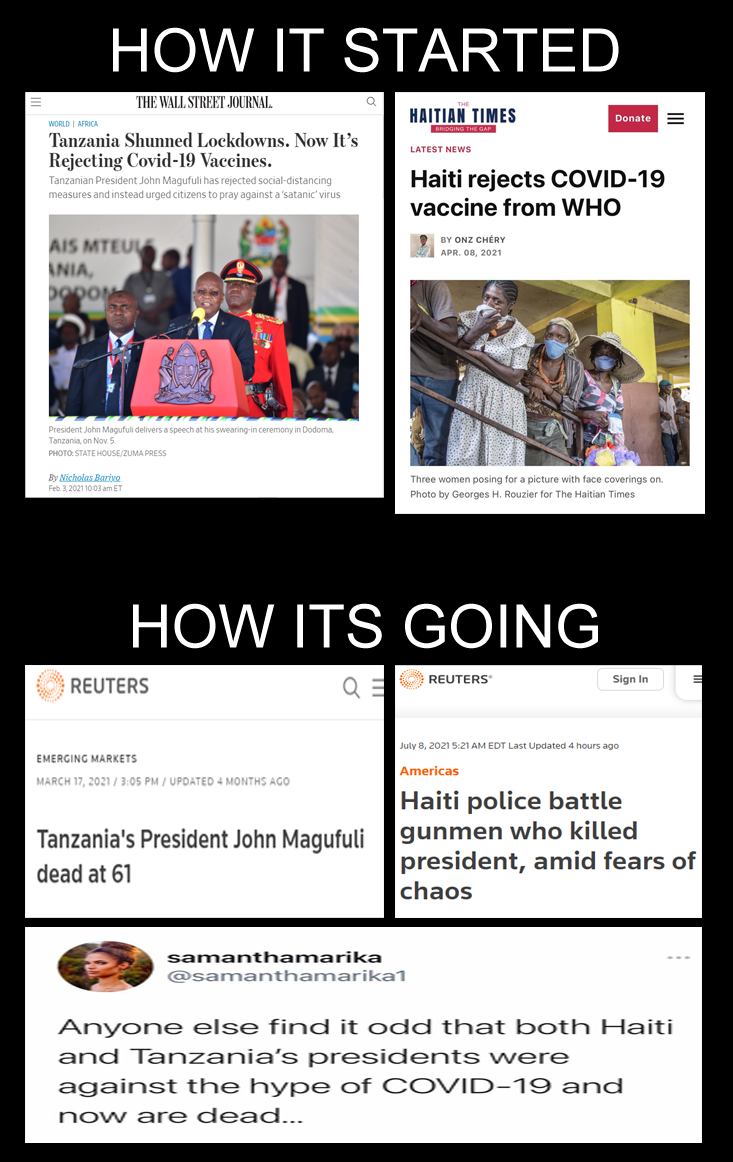 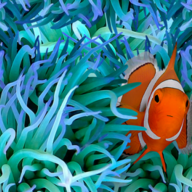 Arch Anomie - Older and wiser than you.

I read that a shaman from north Africa rolled some chicken bones in boars blood, screamed at the sky for 30 minutes, cured aids, hepatitis, and yeast infections.

Big pharma want to keep this secret because it only costs your daughter to trade for the chicken and boar. We know how much big pharma likes cash and loves child trafficking!

Bill gates killed Epstein with a windows 95 disk read this breaking story on my blog!

Buy my nootropics pills they make you smart.
You must log in or register to reply here.

News Stop farting in my face, you're giving me Covid

News Trees Will Give You Covid19, We're All Going To Die Of Tree Aids.

P
Serious Anybody buying in bulk again for Covid?