Beta cucks should be blamed

While women are to blame for alot of things, beta cucks are also equally to blame. They are the ones who enable bitches to act on their degeneracy; they encourage it and support it wholeheartedly as well. Let's also not forget how beta cucks love to inflate girls egos by validating and complimenting them consistently without end. And due to such, girls feel entitled only to date Chad/Tyrone since they are in the notion that they are too good for men in their own footing. This in turn has created a large imbalance in the natural order, and should be restored to it's natural state before things escalate to get much worse.

The best way to resolve this ever increasing issue is as follows: every beta cuck should be gathered up in a line where they are forced to put their genitals in between a steel drawer. Then, the drawer would be slammed hard while their gentials are still in between them. This process would be done multiple times until the cucks balls and dick finally falls off. 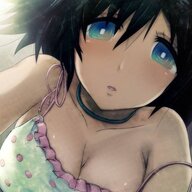 Legit
You must log in or register to reply here.

Saturday at 8:11 AM
Sennacherib