Banned and muted from IT, but we're the echo-chamber / cult

TLDRI never said anything threatening or hateful, I simply replied to some of the comments about my experiences. I get a ban.

It started with the thread initiated by a now-banned member:

It just sounds strange calling women "femoids", "foids" or "holes." Is there a specific reason for this?

This topic was noted by someone at IT, and they started a thread on it. The OP to the thread above went on IT and began crying that he was being insulted here. I couldn't hold it and had to comment, and wrote that not everyone insulted him, and that I was one of the ones who did not. I get downvoted of course. I comment on the downvoting, and I get some replies. I commented back, always respectfully and never hateful, I simply shared some tidbits of my life experiences and why I'm an adult virgin, and I never violated IT's eight rules. Then, I get banned. Here's the thread at IT, if you care

There was a video posted on youtube recently (which I cannot find and might have been deleted), where the narrator said something in the lines of 'people hate incels because they fear becoming adult lonely virgins', and he also pretty much compared the most ardent anti-incel people (i.e. IncelTear) as the equivalent of school bullies, simply hating and insulting already depressed loners with pathetically low self-esteem

You can't stand up for incels on IT, that place isn't open to opposing opinions at all. 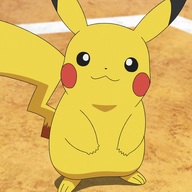 Why are you using reddit in 2022 its turned into tumblr

Why even waste your time there. The likes of them crave your attention, it makes them feel validated; they are pathetic.

My life might be miserable but at least I am staying true to myself unlike those delusional sad people. I feel sorry for them, I really do. They need help, maybe they should follow their own advice and seek therapy I have a feeling it might actually work wonders since they are deranged enough to fully embrace whatever sweet lies they are told about this world. But in the end even the most senile mind has its limits as they will discover in their own time. When that time comes it will be too late to reach them but that is of their own doing.

I have enough problems of my own to take care of if they want to waste their lives away let them do just that and ignore them. They are nothing more but a loud distraction, a bunch of fucking losers.
You must log in or register to reply here.

E
JFL Femcel on r/virgin complains that people show less sympathy toward female virgins, gets many upvotes disproving her point
2

L
Women love calling incel communities 'echo chambers', but all of their subreddits are mandated echo chambers and they ignore all debate offers

Serious IT claims that blackpill does not exist, but then say they enjoy "mocking incels for their looks and small dicks" AND Debunking IT and their hypocrisy

Sunday at 8:38 AM
Autistic Uggo

JFL Lol, normies are the biggest blackpillers (featuring IT and IncelExit)

Anyone else get random moments of rage?