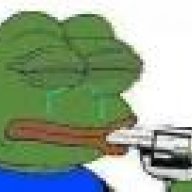 [font=Georgia,]Asperger's syndrome children are said to show higher levels of testosterone in the womb, and Aspergers and autism in general is characterized as a surplus of "male" genetic traits-- abnormally high interest in abstract thought, mathematics, individualism, etc, and by an abnormally low sense of empathy and social skills- the latter of which are generally considered "feminine" traits.[/font]
[font=Georgia,] [/font]
[font=Georgia,]This got me to thinking how this tied in with WHR, or width-to-height ratio-- a measurement of male facial proportions that has been correlated with aggressiveness and dominance: [/font]

Under the influence of [testosterone during puberty), men's facial width increases in relation to height (width-height ratio or WHR), independent of body size. WHR is the distance measured from cheekbone to cheekbone versus the distance between the top of the lip and midbrow. A high WHR is 1.9 or above. Bill Clinton's is 2.07; John Edwards's, 2.38; and Richard Nixon's, 2.02; compared to John Lennon's, 1.63, and George Washington's, 1.65.
Click to expand... 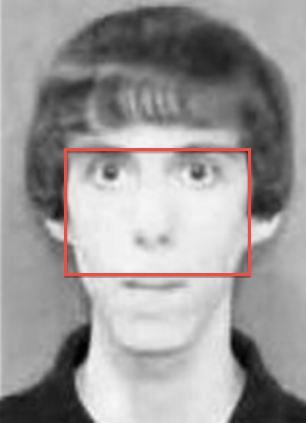 [font=Georgia,][size=small][font=Georgia,]A low WHR can also be the result of environmental factors, like chronic sinusitis. Mouth breathing causes the face (specifically lower jaw) to grow downwards, instead of forward and out, resulting in a face like Lanza's. It is called adenoid faces or long face syndrome.[/font]
[/font][/size]

Estrogen is actually what masculinizes male brains. The conversion of testosterone to estrogen by aromatase in the brain results in the masculinization of neural circuits. So higher T prenatally, would result in higher levels of estrogen also? It is DHT that is responsible for male physical characteristics (look at 5ar deficient men) and estrogen results in male dimorphic behavior due to its interaction with testosterone? What do you think about this study?
https://www.ncbi.nlm.nih.gov/pmc/articles/PMC2851224/
>Male behaviors require both testosterone and estrogen. Circulating testosterone activates the androgen receptor (AR) and is also converted into estrogen in the brain via aromatase. This conversion is the primary source of estrogen to the male brain. It is unclear whether testosterone and estrogen signaling interact to masculinize neural circuits. Using a genetic approach, we show extensive sexual dimorphism in the number and projections of aromatase expressing neurons. The masculinization of these cells is independent of AR but can be induced by either testosterone or estrogen, indicating a role for aromatase in sexual differentiation of these neurons. We provide evidence suggesting that aromatase is also important in activating male aggression and urine marking as these behaviors can be elicited by testosterone in males mutant for AR. Taken together with additional findings, our results suggest that aromatization of testosterone into estrogen is important for the development and activation of neural circuits that control male territorial behaviors.

Autism also seems related to serotenergic function. This study basically shows that the antagonism of 5-Ht2cR can "increase social interaction and rescues social deficits caused by stress" in autistic mice. Interesting, because selective 5-Ht2cR antagonists increase testosterone and sexual receptivity in mice. Sorry if I'm hijacking your thread btw.
https://www.ncbi.nlm.nih.gov/pubmed/12097814
http://journals.plos.org/plosone/article?id=10.1371/journal.pone.0136494
https://www.scripps.edu/news/press/2015/20150930page.html
>The development of social behavior is strongly influenced by the serotonin system. Serotonin 2c receptor (5-HT2cR) is particularly interesting in this context considering that pharmacological modulation of 5-HT2cR activity alters social interaction in adult rodents. However, the role of 5-HT2cR in the development of social behavior is unexplored. Here we address this using Htr2cknockout mice, which lack 5-HT2cR. We found that these animals exhibit social behavior deficits as adults but not as juveniles. Moreover, we found that the age of onset of these deficits displays similar timing as the onset of susceptibility to spontaneous death and audiogenic-seizures, consistent with the hypothesis that imbalanced excitation and inhibition (E/I) may contribute to social behavioral deficits. Given that autism spectrum disorder (ASD) features social behavioral deficits and is often co-morbid with epilepsy, and given that 5-HT2cR physically interacts with Pten, we tested whether a second site mutation in the ASD risk gene Pten can modify these phenotypes. The age of spontaneous death is accelerated in mice double mutant for Pten and Htr2c relative to single mutants. We hypothesized that pharmacological antagonism of 5-HT2cR activity in adult animals, which does not cause seizures, might modify social behavioral deficits in Pten haploinsufficient mice. SB 242084, a 5-HT2cR selective antagonist, can reverse the social behavior deficits observed in Ptenhaploinsufficient mice. Together, these results elucidate a role of 5-HT2cR in the modulation of social behavior and seizure susceptibility in the context of normal development and Ptenhaploinsufficiency.
You must log in or register to reply here.

Thursday at 7:38 AM
ScaryTerryFan
S

JFL Words and its meaning in our community.