As vaccinated people decline from “normal” status to DEAD, they go through a zombie-like phase of insanity and personality changes

You’ve probably seen this in many of your friends, family members or co-workers who took the clot shots. Before the shots, they were normal, healthy, happy people. Then they took the shots and things went downhill.


You may have noticed personality changes, increased aggressiveness and a turn toward animalistic / zombie-like behavior.


These are signs that blood clots are starting to form in their brains, cutting off the oxygen to the parts of the brain responsible for processing higher cognitive functions. Essentially, they are devolving into vaccine zombies, and they don’t even realize it.


It’s important to understand that the more extreme their personality changes, the more blood clots are affecting their brain. Accordingly, the less time they have remaining to live. So when you see vaccine zombies losing their minds and behaving in ways that seem like a divergence from humanity, recognize that they don’t have much longer to live. Many “mask Karens,” in other words, will soon be “expired Karens” as the spike proteins cut off the last functioning portions of their injured brains.

Recognizing this, The New American host Ben Armstrong recently asked, “Are people who still wear masks suffering from a mental illness?” He’s on the right track, but I think they’re actually suffering from neurological brain damage due to blood clots and spike protein nanoparticles.


Once this process fully plays out, these people will die from catastrophic brain injuries, strokes, heart attacks or a lymphocyte attacks on their organs. Just remember that during the transition to that death, they will transform into insane vaccine zombie creatures who lash out at everyone around them, exhibiting the animalistic parts of their brains which are still functioning (lower brain stem function, the “reptilian” brain).

An especially demonstrative example of this is found in the following video from Melbourne, Australia, where a jogger named “Simone” was viciously attacked by an angry man who claimed the jogger wasn’t maintaining sufficient social distancing from his family.

I see… We’ll just have to wait and see if this theory becomes real.

Hope it's true tho but that'd be too good

Imagine all the fun disasters on the road, or trains, or planes as these vaxheads start dropping mid-shift? 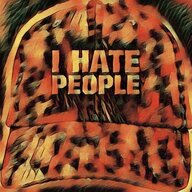 I say bring on it! 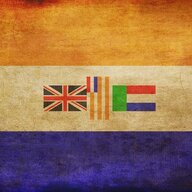 I knew zombies would be realy eventually
You must log in or register to reply here.

[POLL WITH VISUAL EXAMPLES] On a scale of 1 to 5, to what extent would you be willing to fuck zombie girls?
2 3